BPM is one of the largest California-based accounting and consulting firms, ranked in the top 50 in the U.S.

BPM’s talent team only used 10 percent of their former ATS’s capabilities. Difficult to use, the tool created excess manual work for the recruiting team and reduced their overall impact on the business. To fill the gap, the team relied on agencies and on average spent $150-200K in agency fees per quarter.

Lever gives recruiters, hiring managers, and interviewers back their time. It creates an intuitive, structured workflow that they actually want to use. Using features like Lever Nurture, Lever’s chrome extension, approval chains, and the LinkedIn Recruiter integration, the BPM recruiting team can source proactively and build meaningful relationships with candidates.

Since investing in Lever, BPM has saved $900,000 in agency fees and proactively sourced 40 percent of their hires. They’ve also doubled their rate of feedback form completion, allowing the team to make more holistic hiring decisions and improve their quality of hire – leading to 80 percent less turnover within employees’ first year.

BPM’s former ATS was a “big, black abyss”, a tool that failed at every turn to make the toughest parts of recruiting easier. As a result, the team was completing 90 percent of their hiring activity outside the system. As they managed tasks like scheduling interviews and emailing candidates manually, they had no time to strategically recruit. Reliant on agencies for recruiting success, the team was spending anywhere from $600,000- $800,000 each year.

In Lever, BPM found an intuitive, strategic hiring partner. According to Talent Acquisition Manager Kiersten Sattler, Lever enhances every hiring stakeholder’s experience by creating a structured, organized workflow. Today, they complete 100 percent of all hiring activity inside the system.

The recruiting team has also doubled down on their sourcing efforts, to the point where 40 percent of their hires are now sourced. Using Lever’s Chrome Extension and premium LinkedIn integration, they can now easily pull candidates into one system and reach out to them in one fell swoop. Recently, BPM’s recruiters needed to place a Partner and CIO, but no one believed they could do it without an agency’s help. “We proved everyone wrong; we were able to source both candidates with Lever, saving the company a ~30 percent fee on top of two very high salaries.” says Kiersten. So far, the team has saved $900,000 in agency fees since implementing Lever.

Proactive hiring is BPM’s new norm. “Lever promotes accountability,” explains Kiersten. “Now, hiring managers will log in and tell us which resumes they like before we even ask.” Often, they’ll ask the recruiters about next steps with candidates, saving the recruiters the extra work of rehashing every interview. Interviewers are also more engaged than ever before. In their old system, less than 50 percent of feedback forms were submitted by the team on average. With Lever’s help, BPM has been able to double that.

With stronger interviewer engagement, BPM’s quality of hire has improved. When they were dependent upon agencies, over 50 percent of hires were gone within a 12-month period. “In one year, five people left before reaching their annual anniversary with the firm,” Kiersten reflects. Since rolling out Lever, they’ve seen an 80 percent decrease in new employee turnover during their first year. Lever’s robust reporting feature has also helped reduce attrition, as the team can now tie source of hire to retention. “Are we getting high-caliber candidates mostly from LinkedIn, Indeed, or referrals?”, Kiersten will ask. Now, it’s easy to zero in on the tactics that are working and eliminate those that aren’t. The BPM team can better allocate their time and financial resources to those sources that yield high volume, high quality applicants.

“Lever promotes accountability and engagement. Now, hiring managers will log in to our system and tell us which resumes they like before we ask. They’re much more proactive, which improves our recruiting speed and quality of hire.” 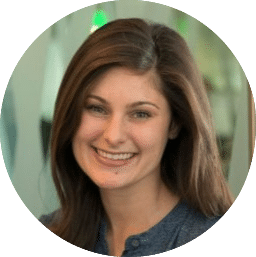 It took trying another system for Button to realize how much Lever had improved their hiring processes.

Optimizing for a low-volume, high-quality pipeline

The entire team must be on board

Quora needed a tool that would make recruiting and hiring a top priority for the entire company.