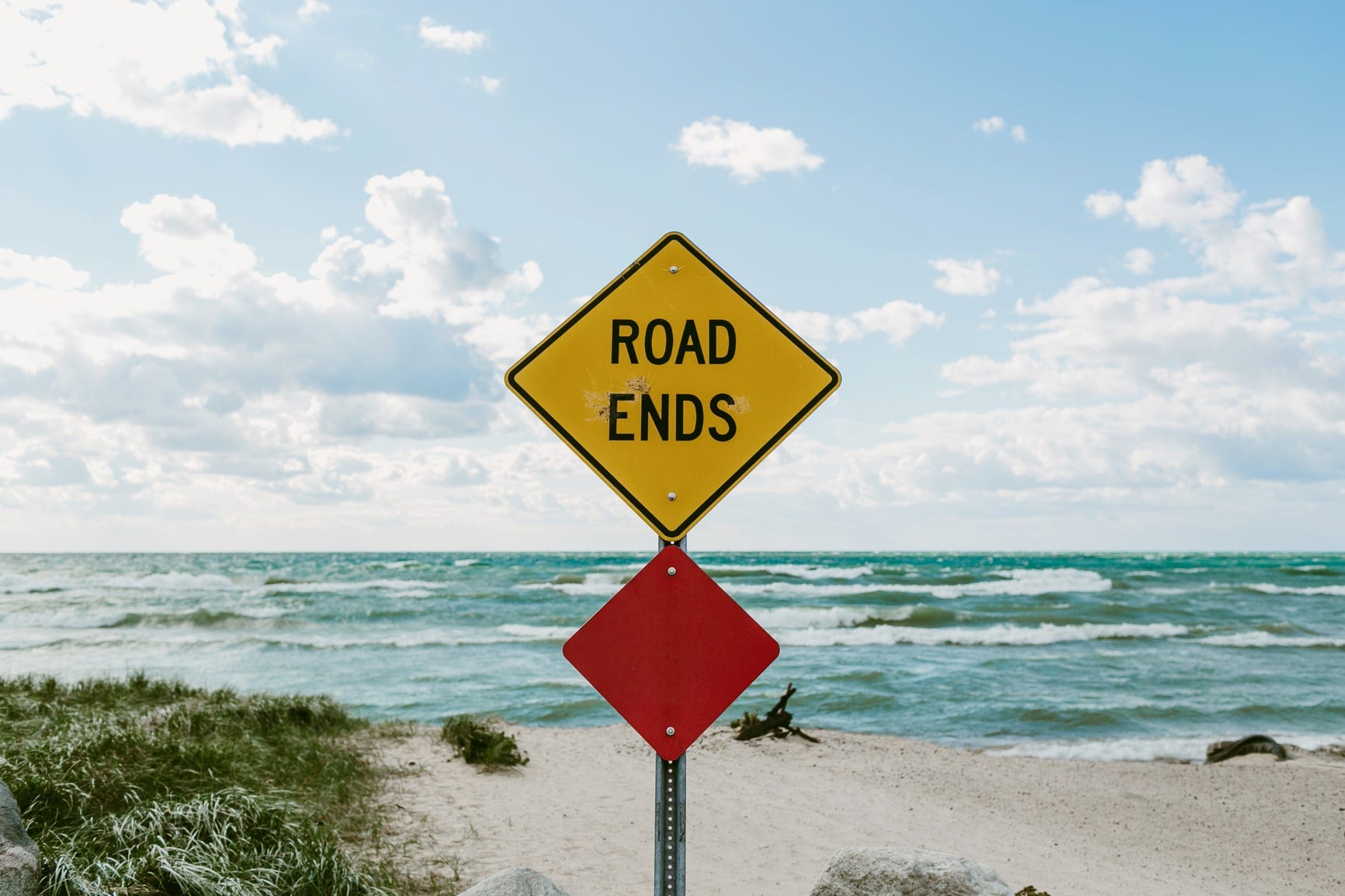 Despite our candidate-empowering economy, talented people still are being turned down for their dream roles. Such is the case when two or more highly skilled individuals vie for a single job opening, leaving the rejected candidate with the sting of disappointment.

However, because they didn’t secure a particular job doesn’t mean they will not qualify for a future opening in the company at which they applied. Because of this possibility, it is important for companies not to let the relationship that started during the interview process wither. Inspiring the rejected candidate’s future attraction to your company’s value likely will take some work, but the return on that investment may expedite the hiring process for upcoming roles, adding value to your overall bottom line.

One of the first things to consider when reinforcing the post-interview candidate relationship is how you are fulfilling the candidate’s expectations. Are you providing feedback, for example? This is particularly important for candidates who ceded valuable personal time and energy to move through an organization’s sometimes tedious interview labyrinth.

A general manager candidate shared that he dropped everything recently when a company contacted him about an opportunity. He spent evenings after work completing multiple leadership assessments, online interviews, resume-esque questions and video Q&As only to later hear through a generic HR email that they did not get the job because “he wasn’t the best fit.”

Frustrated at the cold, vague response from a seemingly automated process, the candidate’s concern regarding this multibillion-dollar global entity with hundreds of locations was that, if they treated him this disrespectfully during the interview, what would it be like working there?

How a Bad Experience Impacts the Employer Brand

You’re not alone, according to Anne Niederkorn in What to Say to the Candidates You Don’t Hire. Most companies dread the feedback step. “Many interviewers don’t like or simply don’t know how to deliver the news, so they use a generic form letter and go radio silent after that.”

“But a better move is to approach this process with tact, grace and professionalism. Beyond it simply being the nice thing to do, you never know if these candidates (or their contacts) might be a good fit for your team in the future,” continues Niederkorn.

She outlines several steps to strengthen professional and relationship-cultivating feedback behaviors. She particularly underscores the value of follow-up promptness. It is human nature for candidates to wonder why they weren’t chosen for a job they thought was a perfect fit for their qualifications. Therefore, when a company lags with their reasons for turning them away, only to later parachute in with a “very standard and rehearsed response,” they risk damaging the relationship.

“What interviewers don’t realize is that, by doing this, they may be losing out on a potential future candidate. If you really thought the candidate was great, then speak up! (And fast.),” continues Niederkorn. As with the general manager’s story, runners-up, treated disrespectfully and/or dismissively, may harbor a dismal view of your brand, reducing chances they will be interested in future outreach.

A negative candidate experience can take a further toll (beyond the candidate’s immediate impressions and future interest) to also erode the hiring organization’s reputation with other talent or with the world at large. According to a study, 72 percent of the candidates who had a poor candidate experience shared details of their experience online or directly with someone in their personal or professional network.

The Best Way to Reject Candidates

To deliver more meaningful feedback, Niederkorn also suggests referencing your selection criteria for each job. If you’ve taken the time and thought-work to identify top-several priorities for qualifying candidates as “the hire,” then use these selection criteria to inform the follow-up candidate feedback. Criteria may include tangibles such as “skills” and more intangible qualities like “culture fit.”

“For example, if your top criterion for the job was direct experience creating social media plans, and a candidate had experience with the four other criteria but not the most important one, that’s an understandable explanation,” describes Niederkorn. This is much more tangible and relatable than saying, “Another candidate’s skill set matched our needs more closely.”

Along these lines, applying the golden rule of “treating others how you want to be treated” also applies when tailoring your feedback. Suggests Alice Murray in 6 Ways to Reject a Candidate as Painlessly as Possible, always using the person’s name and referencing specific conversation points that were covered in the interview in the rejection email demonstrates respect. Better yet, pick up the phone. Briefly but honestly express appreciation for the candidate’s time and effort committed to the process; as well, offer a succinct, but clear reason they were not selected.

How to Build a Relationship with Candidates that Lasts

Most experts agree nurturing a further relationship with candidates, beyond the interview and initial follow-up, is important. In todays’ social media saturated world, there’s no reason not to stay in touch as you said you would. Inviting the candidate into your LinkedIn network is one way; bringing them into that social circle, further helps keep the candidate top of mind when another opportunity arises that might be a fit.

Beyond the LinkedIn invitation, consider how you may include the candidate’s expertise in future expert articles you publish; or, consider tagging them on relevant online conversations.

If your company is branded well on Twitter, Facebook, Instagram or even TikTok (destination for short-form mobile video), consider how you might invite the candidate to connect with you on one or all of those platforms. This can be done through a direct request to them to do so. Or, add the candidate to a newsletter list (with their permission of course), wherein the content will drive them to your various social networking channels.

Moreover, sending an occasional touching-base text to the candidate enriches the one-on-one aspect of the relationship. You may want to share industry-specific updates, initiatives the company you represent is involved in or simply a “how are you doing?” outreach.

And, importantly, don’t err on the side of one-and-done outreach. According to a Glassdoor article, How to Keep Second-Place Candidates Interested in Your Company, while it may seem cumbersome, it is important to perform follow up regularly “… every few weeks” to build organizational value.

In sum, candidates want to be treated as individuals and not “part of a cattle call,” says Debi Wolfe, Chief People Officer at Hays US, in Building a Talent Community: Do Potential Candidates Know Who You Are? “ … they want to be valued for their individuality and skills. Creating two-way dialogues and personalizing the communication process are essential.”

Lever’s robust, relationship-savvy technology streamlines your candidate communications, while also keeping it personal. Schedule your custom demo today to see how 5-7 email nurture cadences can be tailored and set up in a matter of minutes.

7 Ways PointClickCare Made their Candidate Experience Feel like Fine Dining

Have you ever gone out to dinner and asked the server what they would recommend off of the menu? The whole experience can be pretty interesting. Sometimes, the server has no idea what to recommend because they haven't actually tried...
Read more

What Are The Best Ways To Address AI Bias In Recruiting?

In theory, AI enables a more efficient, targeted, and cost-effective hiring process by helping companies sift through volumes of candidates.  In reality, AI can promote biased hiring due to a reliance on unconsciously prejudiced selection factors like demography and language...
Read more

Hiring often touches multiple roles and functions across organizations. Without unified sources for tracking, this adds new hurdles to keeping everyone on the same page. In our first session for Recruiter Confessions, we wanted to dive into this very topic...
Read more
This site uses cookies to offer you a better browsing experience. Learn more.