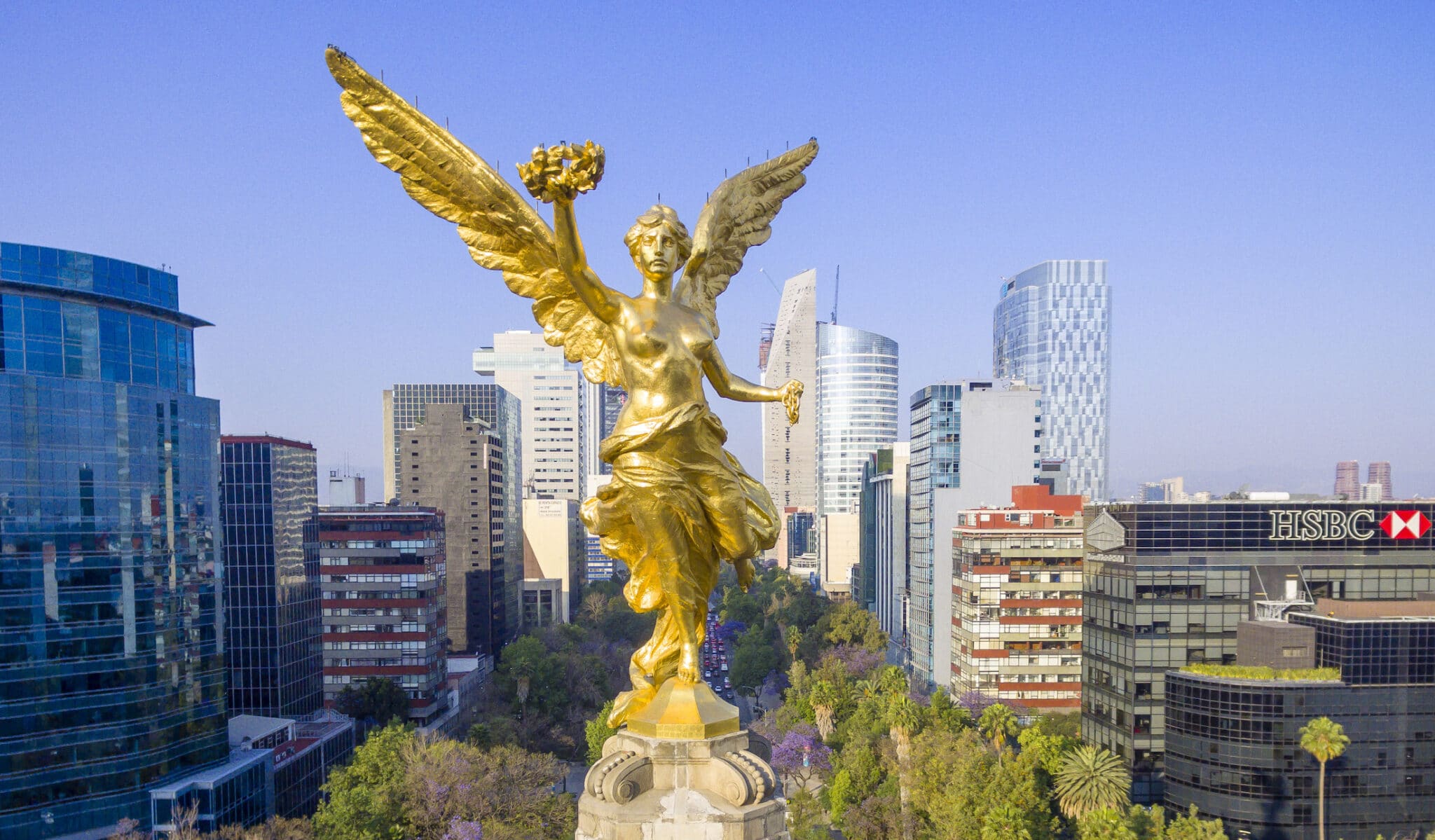 One of the things I love about my job is interviewing Lever customers from all over the world on what they like about recruiting — especially with our recruiting platform. And I had the pleasure of catching up with two companies this past week to do just that.

Nico Barawid was previously at Nova Credit, an SF-based fintech startup that allows immigrants to import their credit history, and transitioned recently to start a stealth-mode company in Mexico City.

Gerry Giacoman Colyer, Nico’s fiance and a Stanford business school grad, is an entrepreneur disrupting Latin America as the Chief Growth Officer of Grin Scooters (now Grow Mobility). What started as a small team is now over 2,000 employees and in less than a year in business has catapulted into the leading shared electric mobility company in Latin America. Their operation now spans Mexico, Brazil, Colombia, Uruguay, Peru, Chile, and Argentina.

Here’s what they shared about recruiting and scaling their businesses with Lever and how you, too, can disrupt your industry by applying smart recruiting practices.

Why was a recruiting solution necessary when starting each of your businesses?

Nico: We used Lever at Nova Credit, where we grew the company from 5 to now over 30 people. It was an indispensable product to organize every step of the recruiting process. So, as I was starting my own company, I was pretty familiar with the value that Lever could bring. Right after our fundraise, the first thing I did was to plan out the org chart for my new company. We decided to staff up with all types of roles: engineers, strategists, operations folks, etc, and realized that managing such a process with Excel would have been a complete nightmare. Because I used Lever on a daily basis at Nova, we didn’t even consider another solution.

Gerry: I grew up in Mexico, and while I was in the Bay Area for the past 5 years, I was constantly looking for the right reason to go back and use what I’d learned to make a difference. I haven’t owned a car for the better part of a decade and when I saw that it was possible to build a flexible network of small shared electric vehicles, it dawned on me that this would be perfect for many traffic-plagued cities in Latin America. Together with David Villarreal, an engineer friend at Uber, we started a company to solve this challenge. A couple of months later we were acqui-hired and joined Grin. This space is moving really quickly in Latin America and we realized that to be successful and capitalize on the momentum we needed to hire all the best people across disciplines. Many of the earliest hires came from our networks, but pretty soon this wasn’t scaling. After a successful launch in Mexico, we wanted to quickly expand across the region, which meant hiring country managers, heads of operations and HR, and other key roles. We needed recruiting to be a step ahead of operations, so we implemented Lever to help.

What are the differences in the Latin American vs. U.S. labor markets? What hires are most challenging?

Nico: In Latin America, labor costs are much lower than in the U.S. As a result, this allows startups to hire more talent at the outset or post-seed vis-a-vis startups in the U.S. That makes an ATS necessary earlier on. As Gerry and I were separately ramping operational staff for our startups, we each realized that we needed a robust system to track job posts, candidates, and reviews.

Gerry: In Silicon Valley as a startup you can usually find multiple candidates who have done almost exactly what you need. This is less common in LatAm (though changing quickly), so when you find the right candidate it’s important to move quickly. To do so, we needed a strong pipeline of applicants and something to organize our prospecting, interviewing, and hiring processes. Lever helps us keep moving as fast we were while keeping a high bar and making sure candidates were screened through consistent criteria and process.

This is a really great point and something I know other companies work on as well. So how did you screen for and eliminate any bias that existed in the interview process?

Nico: Hiring in Latin America can be extremely relationship-driven. So, if we don’t think about it early enough, the result might be an even more exacerbated version of the widely-discussed problem in the U.S. — managers hiring like-minded or similar people to themselves. This will, of course, heavily impact the diversity that you see across companies, especially in certain industries. I appreciate the level of rigor that an applicant tracking system and all-in-one recruitment platform brings to an organization. If everyone is going through the same funnel, there is only one way to bring them to the bottom of that funnel, either a thumbs up or thumbs down. Creating an inclusive company culture and finding the most qualified people can’t happen by just hiring people that you know.

Nico: Because I was on the platform at Nova on an almost daily basis, [Gerry] had seen me put in my hiring and interview notes and how easy of a platform it was to maneuver. We even copied over the settings, or talent pipeline stages from Nova at my company just to keep things easy.

Tell me more about the implementation process when onboarding a recruiting platform, which it sounds like for each of your companies was a first.

Nico: As an entrepreneur, one of the most important things I need to do (both to keep focus at the company and also to keep my sanity) is to reduce the number of equations that I’m solving on a daily basis. I had enough things to think about. The more tools that you can find to help you, the better. Because I used Lever so frequently at Nova, I didn’t even have to think about the implementation, which became a no-brainer decision for me.

Gerry: I previously led growth at Siftery (acquired by G2 Crowd), where we helped companies build the best software stack for their needs. I love studying organizational effectiveness, and I’ve come to believe that great software is a critical facilitator of process and culture. While I hadn’t used Lever organizationally before, I was familiar with similar tools and knew from my work at Siftery that it was one of the most highly-rated solutions and particularly popular amongst high growth companies. It didn’t hurt that I’d become a little familiar with it watching Nico fill out his candidate reviews at night.

At Grin, it’s been really fun to see our recruiting process and Lever implementation take on a life of its own across many teams. When we first started using Lever, others at the company thought it might be too early for such a system. Now, it’s used across almost all teams and countries. If you are a business projecting rapid growth, it’s never too early to start optimizing your ability to attract and select the best talent.

How is Lever going to help grow each company long-term?

Nico: [laughing] Well, we are pretty early, so our long-term goal is to survive. Some people would say we’re crazy to put all this structure in so early, but we can’t grow as fast as Gerry’s company has without it, that’s for sure. And all investors say that an entrepreneur’s number one job is hiring, so I think there’s no stage that’s too early to put in place a solid recruiting system and strategy.

Gerry: Forcing pen to paper and publishing a JD is an important step that helps bring internal clarity and alignment around what we need, and it also helps candidates understand what we’re looking for and find the right fit for themselves. We have hires coming to us from our website, LinkedIn, pro-active sourcing, and referrals — Lever helps us keep track of it all. It’s also forced a formality around the interview and evaluation processes. It’s become so much more for us than just an applicant tracking system.

What roles are you focused on today?

Gerry: As we continue our expansion to new cities and countries, we’re still looking for outstanding talent in those regions who wants to be part of this story and help bring this innovation to their communities. We’re also now adding several analytical and strategic roles at HQ as we seek to make our operations more efficient and plot our next moves.

Nico: We’re powering up searches for all types of roles: strategy, operations, generalists, engineering, etc. What’s great is we also have candidates that we archived for one role that we know we’re going to want to chat with in a couple of months. It’s amazing to be able to keep track of candidates for roles that we know we’ll have later on.

Nico: We raised our seed round recently, so my best advice is, it’s never too early to start leveraging a smart recruiting system to track all the future hiring successes to come.

Gerry:  I think it’s a great sign that for most of our roles we end up having several excellent finalists who make it really difficult for us to choose. Fortunately, we have a lot of roles opening up all the time, so finalists who don’t get an offer for one role are often the first to be considered for another.

We’re at Collision in Toronto (May 20th – 23rd) this week at Booth E171 — a conference bringing together the people and companies redefining the global tech industry! Our very own CEO, Sarah Nahm will be speaking on a Future of Work Panel Thursday, May 23rd at 2:25 – 2:45PM EDT on the SaaS Stage. We hope to catch you on the road soon. And if you’re looking to improve your recruiting practices and onboard the best recruiting solution for your growing company, check out our eBook, How to Choose the Best Applicant Tracking System.

How Recruitment Analytics Can Enhance Your Hiring

Data and insights help marketing, sales, product, and other teams across companies execute (and excel) in their day-to-day. Talent acquisition teams would be wise to do the same: use recruitment analytics to improve their candidate sourcing, engagement, and conversions. There's...
Read more

Imagine this… Your talent team has been working around the clock to source and hire top candidates. At any one time, your recruiters have at least 30-40 open job requisitions to fill, your hiring manager is leaving to join a...
Read more