How to Integrate the Skills Fit Into Your Interview Process 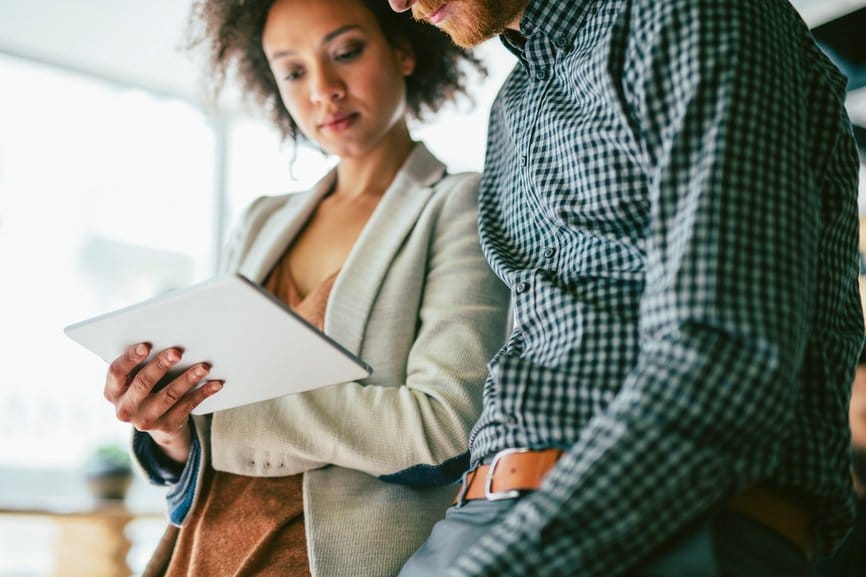 The skills fit interview comes in various shapes and sizes. Whether it’s a technical phone screen, sales demo, or even specific questions about your candidate’s past performance, the skills fit is your chance to see whether or not your candidate has the basic, essential skills to succeed in your open role. For this week’s post in our “How to Design Your Interview Process” blog series, we explored the purpose and place of the skills fit within the interview process. After chatting with Intrepid Pursuits‘ Director of Talent Andrea Garvey, Senior Recruiter Gene Salvadore, and Greylock Partners‘ Recruiter  Jonathan Lydon, we learned exactly why companies value the skills fit in particular, and how they incorporate it into their interview process.

‘Tell me about how you set up your sales process. What does your typical day look like?’ – Gene Salvadore

In sales, one basic skill is the ability to set up an effective sales process each day. So while Gene doesn’t ask candidates to solve problems in his skills fit phone interviews, he does want to know that they set goals to make X calls a week and prospect for X hours a day. In Gene’s experience, successful salespeople have a structure that allows them to go after opportunities rather than wait for opportunities to fall into their lap. If his candidate can’t outline their recipe for success step by step, then he knows they won’t excel on his team.

Jonathan and Andrea also look for very fundamental skills in their skills fit phone screens. When Jonathan has worked for companies that assess a high volume of candidates, he’s identified the skills fit as the crucial stage to eliminate around 50% of candidates. “Make sure they have the necessary baseline skills in the skills fit, that they’re analytically strong enough to handle day-to-day elements of the job,” says Jonathan. “Then, use the on-site interview to determine that they can go above and beyond.” Andrea, who works with hundreds of candidates at Intrepid, has helped to create a rigorous phone screen process that eliminates candidates who clearly don’t hit their hiring bar. “Everyone now knows that if a candidate gets through our phone screen at Intrepid, they’ll likely have a productive on-site interview,” says Andrea. Once, she organized 10 arduous interviews in 10 consecutive days, or 30 hours of interviews in 2 weeks. Before she takes up that much of her team’s time, she wants to be confident that the candidate will be successful in their on-site interview.

“After you ask technical candidates to debug a written set of code, make sure they can walk you through their problem-solving process.” – Jonathan Lydon

From what Jonathan has seen, technical assessments generally have several viable solutions. The key, then, is not finding the candidate that can simply solve the problem. Find the candidate that can clearly explain the solution, he says. Are they articulate enough to walk through their thought process? Did they only arrive at that solution because that’s how they problem-solved at their last company, or did they truly think on their feet? Jonathan also looks at how candidates handle a time crunch. “Say we give them an hour to complete a question,” Jonathan says. “It’s not a great sign if they start making mistakes at the 55th minute, just because they just want to finish. You can’t sacrifice accuracy for speed.”

Andrea has grown Intrepid’s team from 20 to 115 people through investing heavily in junior talent. In these less experienced candidates in particular, Andrea looks for problem-solving ability and coachability. First, she wants to know that her candidates have the necessary technical skills to succeed, and then she wants to know that they’re willing to build those skills through training. “If you get stuck, it’s okay. We’re not concerned if you’re not a master,” Andrea says. “We want you to walk through your process even when you don’t get the right answer, and we want to make sure you take feedback well.” For Andrea, raw talent and passion are key, because she knows that you’ll eventually become successful even without extensive experience.

3. Choose interviewers who know what the right answer looks like

‘Tell me about a deal you closed, from beginning to end.’ – Gene Salvadore

The team member who conducts the skills fit interview will vary from company to company. According to Gene, the recruiter should only manage the skills fit screen if they are deeply familiar with the role. They may not know the nuances of the sales team’s accounts and territories, for example, but they should be capable of thorough, early stage qualification. In other words, when a recruiter asks ‘Tell me about a deal you closed,’ they should know which elements of the candidate’s story are most important. By the end of the call, the recruiter should know specifics like how the candidate found the prospect in the first place. Was the lead brought to them or did they go out and find it? Were they integrally involved with the whole sales process or did they rely on others for help? “Figure out what they’ve done, and see if it matches what they’ll need to do,” says Gene. “And don’t tell them what you’re looking for, because then they’ll just give you the answers you want to hear.” Gene follows the motto ‘The best sharks, you don’t feel them bite,’ or the idea that the best recruiters don’t show candidates that they’re being qualified. Only the most seasoned recruiters, those who can subtly and seamlessly qualify, should conduct the skills fit.

Each time Andrea’s team opens a new role, they organize a kickoff meeting to discuss the structure of the interview process and which skills each interviewer should look for in the skills fit. And when new interviewers become involved in the process, they always shadow more senior interviewers to learn their strategies. First, the new interviewers will sit in on 2 or 3 interviews, and then they’ll lead 2 or 3 while a seasoned interviewer watches. Andrea also helps interviewers identify 1 or 2 go-to skills fit questions to ask every candidate, which keeps each interview consistent. To be a successful interviewer, it’s not enough to know the role’s required skills because you have the same responsibilities. Each interviewer requires actual training on how to interview.

According to Jonathan, the first step towards a successful skills fit is identifying your strongest interviewers. It is the most important factor in any skills fit, he says. If they’ve had prior training and they’re confident in their evaluation tactics, they’ll know to build a consistent interview process. “Individual interviewers should know how to assess candidates in the same way every time,” says Jonathan. “They need to ask: What does it mean to pass this interview? What am I looking for? How do I set my interview apart from other interviews?”. Jonathan believes that the biggest mistake companies make is failing to create a repeatable interview process.

4. Pinpoint the skills they gleaned in past roles

‘Walk me through how you completed this project on your resume.’ – Andrea Garvey

At Intrepid, Andrea has observed that one of her colleagues prepares extensively for every phone interview, and then goes through each candidate’s resume with them as the skills fit. Because he digs through their experiences on his own before the call, he knows exactly which areas he wants to focus on during the actual interview. When he asks questions like ‘Walk me through how you completed this project’ and ‘Tell me about a time you used that skill,’ he can effectively identify a skills fit between their experiences and the open role. Also, if her colleague asks a candidate about a listed skill and they can’t explain it, they likely won’t advance to an on-site interview.

In a similar vein, Gene looks for strong parallels between his offer and the candidate’s current role. He asks himself questions like: ‘Did they sell a similar product to similar customers?’ ‘Are they selling to similarly large companies?’ ‘Would the size of their deals be the same here?’.  When he poses these questions, he can better understand whether or not the candidate would be successful at his company. “Every single vertical operates differently,” says Gene. “If you don’t know how our industry functions, your learning curve will be much steeper than candidates with greater familiarity.”

5. Accept that you may need to adjust your process

At a certain point, the skills fit interview questions that you always counted on may stop being effective. Throughout her time in recruiting, Andrea has learned that you have to constantly reevaluate and improve your go-to structure. A few times, for example, she had to reimagine her interview questions once candidates found them through Glassdoor reviews or word-of-mouth. “Sometimes, candidates will be trained in our phone screen questions, but then flounder during our on-site interview because their knowledge is too narrow,” Andrea says. When this happens, her team will change the layout of the phone screen so that they can more reliably assess candidates.

Separately, Jonathan advises recruiters and hiring managers to make sure that the skills fit stage is even necessary in the first place. “If you don’t need a skills fit interview, don’t do it,” Jonathan says. Often, teams have to conduct skills fits because their funnel is too large to conduct a high volume of on-site interviews. If you’re excited about a candidate and you have the bandwidth to bring them on-site, do it. Don’t conduct a skills fit just because you’ve heard that you should.

In her technical phone screens, Andrea often asks candidates to “reverse an array of integers”, and then she follows up with a parentheses-matching phone interview question. While these are useful questions to ask her candidates, they won’t (at least we think they won’t) help you assess the skills of your sales candidates. So though the examples above won’t be useful in every skills fit, we hope the general advice is.

For more advice from seasoned recruiters on how to design your  interview process, check out last week’s post on 5 questions that will level up your phone screen. And don’t miss next week’s post on the hiring manager interview!

Nearly all business professionals, including those in talent acquisition, understand the importance of strong body language when in the office (or, in TA specialists' case, when interviewing candidates). They know to sit upright in meetings. They understand how folded arms...
Read more

Practically overnight, enterprise technology organizations like Twitter, Slack, and Apple have had to relocate thousands of individuals from the corner office to the home office – and there’s no clear sign it will be reversed any time soon.  Fortunately for...
Read more