The Gender Pay Gap in Tech

Pay discrimination on the basis of gender may be illegal – thanks to the Equal Pay Act of 1963 – but a recent study by Comparably shows we still have a ways to go before men and women receive equal compensation.

Below are the results from Comparably’s survey of over 10,000 employees in the tech industry, broken down by age, ethnicity, education, location, and department. The results were fascinating.

Women entering the tech workforce have the largest disparity with their male counterparts. While women over 50 have the least. 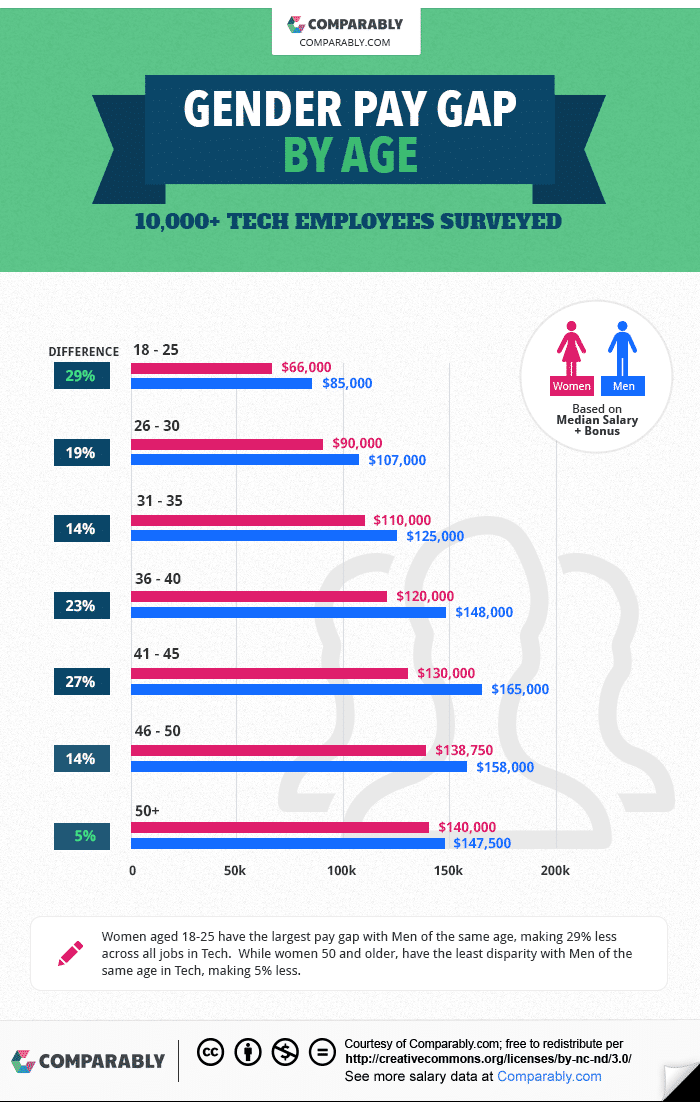 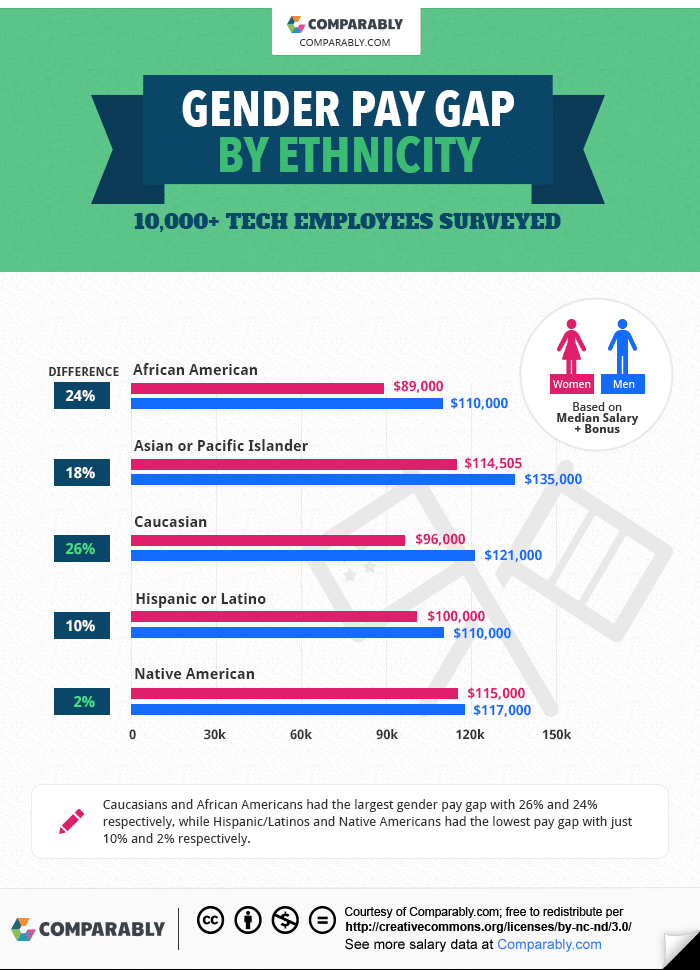 Surprisingly, both women and men in tech make more money on average with only a high school education vs. a bachelor’s degree. The largest gender pay gap in tech exists when employees only have “some college” education. 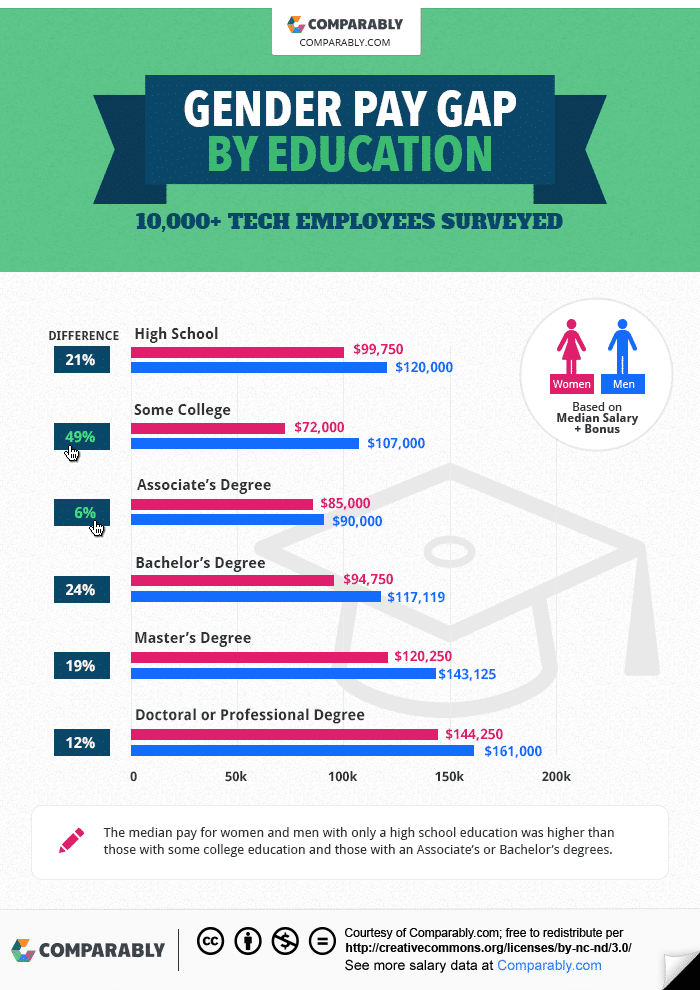 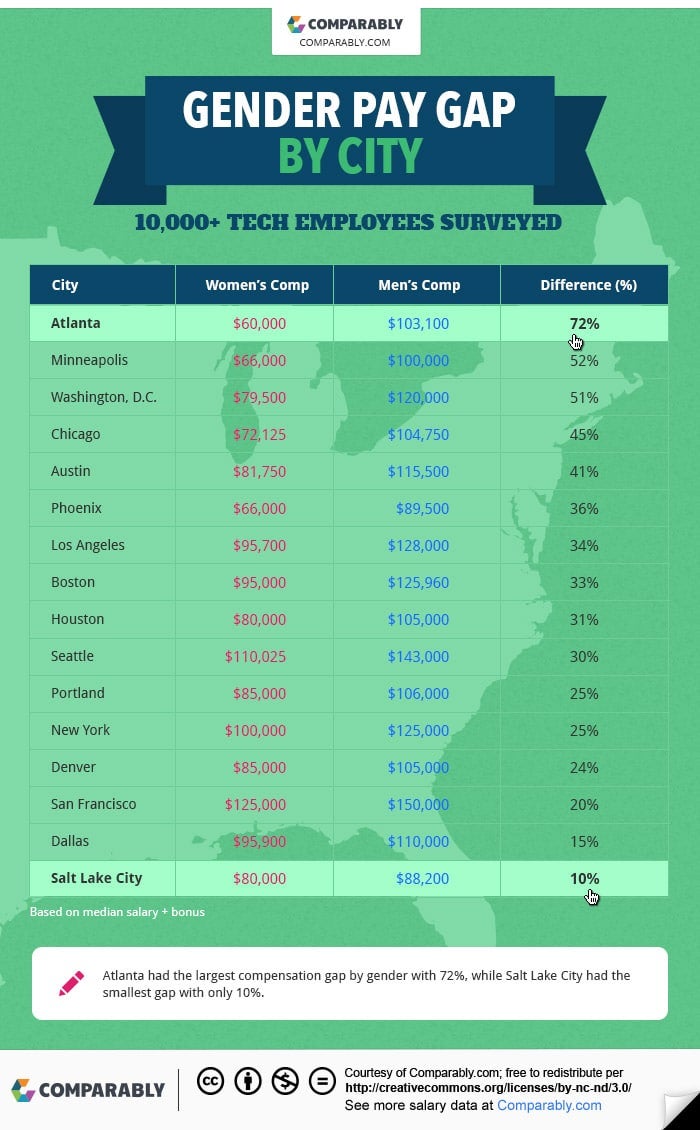 This post originally appeared on Comparably, making workplace compensation and culture dramatically more transparent and rewarding. Visit their site to see what people like you get paid and how they rate their jobs.