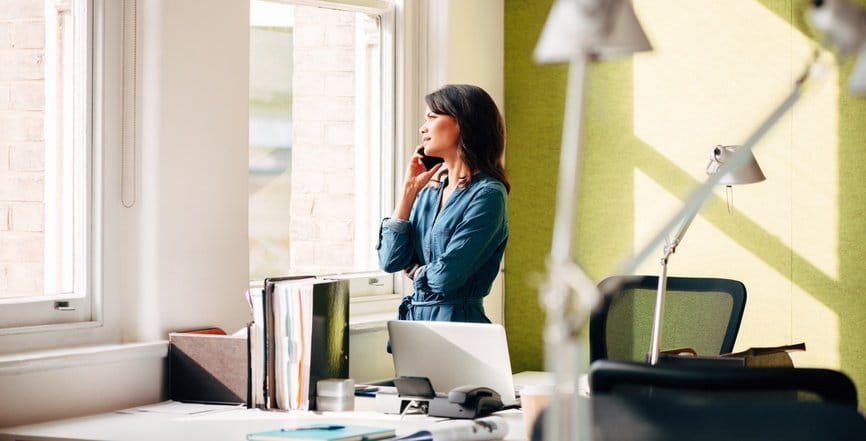 By the time you’re doing a reference check, you’re attached. You have high hopes that the hours you’ve spent trying to fill your open role are about to pay off, and you’ll be devastated if a candidate’s references don’t give the glowing reviews you want to hear.

In fact, Matrix Partners General Partner and author of the post, Executive Hires: The Case for Extreme Referencing, Josh Hannah says that reference checks are the best way to evaluate talent, and that you have to be prepared to walk away from a candidate based on a bad or average reference check [Read: Executive Interview Questions for more information on interviewing executives]. “The primary signals most people use to evaluate talent, like resumes and interviews, are misleading indicators of who are actually high performers,” says Josh. “The greatest predictor is how a person has performed in previous jobs, and reference checks are the most effective way to find out.”

So how do you conduct an effective reference check?

Simply doing them isn’t enough. Most people won’t give negative information about an old colleague unprompted. They probably won’t, for example, answer ‘No,” to a reference check question like, “Would you recommend [name], and why?” so it’s up to the reference checker to ask the tough questions that uncover a candidate’s actual caliber.

Wondering what questions are effective? You’re in luck. Josh let us in on his best reference check questions.

Reference check questions you might not think to ask

1. Did Joe report directly to you? For what portion of his tenure at the company? Who else did Joe report to?

2. To the best of your knowledge, did Joe resign, or was he asked to leave?

3. Ask the recruit, bluntly, “What was the biggest mistake you made in the role” – then reference check against his answer.

4. (To build your list of references) Everyone I speak with says such great things about Joe. Is there anyone Joe didn’t see eye-to-eye with? Why do you think?

5. Why wasn’t Joe further promoted at your company? An interesting answer sometimes is that there wasn’t a spot (i.e. they would have to replace their boss). If that’s the case, what skills/ability does the boss possess that Joe lacks? How do you think Joe would perform in the boss’s role? (This one might be pretty hard to ask if you are talking to their boss).

The key to hard reference check questions is to phrase them in such away that you don’t give the references an easy way out. Josh recognizes these questions can be delicate, so he suggests softening them with a quick preface, like “Joe is by far the best candidate I’ve seen. Still, everyone has their short suits,” in asking about a candidate’s weaknesses.

1. Joe is by far the best candidate I’ve seen. Still, everyone has their short suits. What are Joe’s?

2. We’re inclined to make Joe an offer, and I hope he will take the position. If he does, how would you suggest I manage Joe to get the best performance out of him?

3. (If the candidate had peers in the role) You say, “Joe was good.” Compared to Tom and Mary was he clearly the best at the job? Or did they each have their strengths and weaknesses? What was Mary better at than Joe?

4. Did Joe have setbacks? How did he handle them?

5. Would you hire him again? If so, would you rehire him without hesitation? Create a role for him if you didn’t have one? Only hire him in the right role?

6. How would you change the role we’re considering him for to best suit his abilities?

7. If I were to hire Joe and six months from now you heard he was fired without other context, what would be your best guess as to why he was fired?

8. What are Joe’s passions in and out of work?

9. How hungry is Joe for results, for example, what is the craziest thing you’ve ever seen him do to achieve a goal?

10. Joe mentioned the launch of the new website was one of his big achievements. What was his actual role in the launch? Was he solely responsible, or was it a team effort?

Reference checks, when they’re done right, are one of your most important candidate evaluation tools. Be ready to ask tough questions and to walk away from a candidate if they don’t reach your bar.

7 Tips to Developing a High-Touch Candidate Experience at Scale

One thing is certain: As companies grow and hire more talent, so does the email communication and information to track over time. This becomes extremely vital for candidates who enter your talent pipeline, when you need to pivot and hire...
Read more

How to Conduct a Structured Interview

A structured interview is a systematic approach to hiring where recruiters leverage a predetermined set of questions and standardized assessment criteria to determine whether a candidate is right for a role. Unlike other types of interviews, such as unstructured ones,...
Read more

The Pros of an Automated Talent Acquisition Process

An automated talent acquisition process equals a more effective hiring process — plain and simple. Not every facet of your talent organization's recruitment marketing and TA efforts can or needs to be automated. That said, many important, daily recruiting tasks...
Read more