How to Successfully Transition Recruiting and HR Software: A Crash Course in Change Management 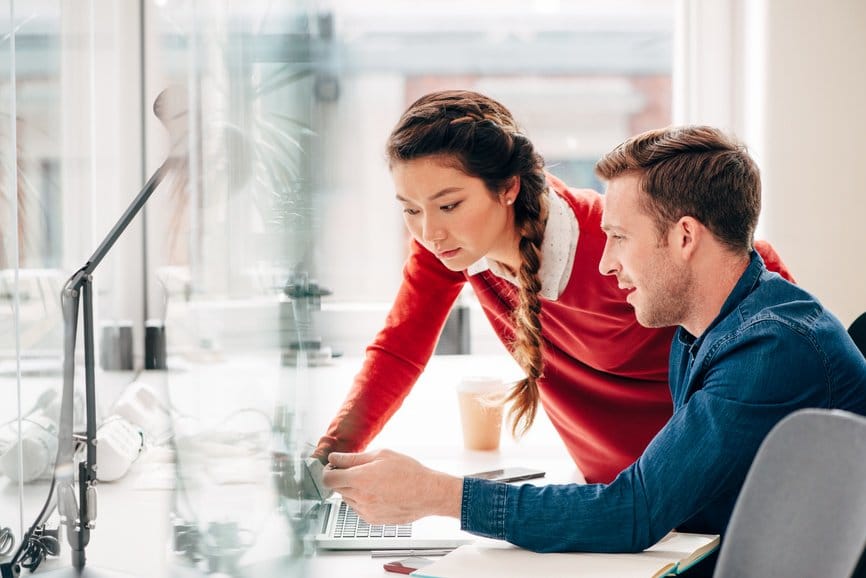 When it comes to change, people are funny. Katherine Jones, partner and director of research at Mercer, knows this first-hand from the studies she’s conducted on successful HR and recruiting software implementations.“I did case studies with companies going through implementation and I looked at the issue of managing change,” says Katherine. “One of the first questions I liked to ask was ‘Who likes change?’, and everyone’s hands went up. Then, I asked ‘Who likes to change?’, and no hands went up. People would say, ‘I hate our old software,’ but then they’d say, ‘What do you mean it’s going to impact me?’”In our conversation with Katherine, she shared her thoughts on why companies often change software, and revealed how they do so successfully.

What do you need to know when managing an HR software change?

When you’re starting a change initiative, have some comprehension of what initiated the change and how people at the time of the change feel about it. Is it mandated change, legislated change, or was the change sparked because a new CEO needs to make her mark? There are all sorts of different ways major change can come about.

As the change-maker, accept the change and be an advocate for it. As a change agent, you need to recognize that people’s views can change during the life of the project. For instance, early advocates can later decide they don’t like how things are going. When looking at degrees of influence throughout the project, look at the key players. They may not be the CEOs; they could be mid-level people with a lot of charisma, the go-to people. Make sure you monitor their sentiment, and make sure they’re on your side.

From what you’ve seen, what are the most common reasons people choose to switch recruiting software?

First off, the employee experience. The users of the software – the recruiter and hiring manager- have become very important. Many talent acquisition software in the past ignored the hiring manager. Now, we have the marketing of the job as a second level. In job postings, teams are asking “Are you a rockstar? Do you want to join the most dynamic team in Silicon Valley?”.  There are more people touching the software than in the past. Beyond that, the candidate experience has also become key.

People who are changing software now would also cite the cloud as a criterion in choice. This is an important change: In the past it was #7 out of 10 [in terms of important criteria]; it hovered at the periphery. Now Cloud has cracked the top five factors for selection.

And then sometimes teams have old, archaic, cumbersome recruiting software that prevents them from doing their job in an agile way. Either the workflows can’t be adapted, or recruiters have to go between systems and offload to spreadsheets and paper. It’s 2016. No one should be working with laborious software.

Which stakeholders do you loop in and when?

It’s important to go beyond the recruiting team. Ask who touches recruiting. Hiring managers, for instance, need to be looped in. Also, ask: Who can say no? It could be Finance, Legal, or someone on the security side who needs to be apprised of APIs you’re using.

As for when to loop stakeholders in, it depends on what you want them to do. I would have at least one or two hiring managers look at the software in demo mode. See what their objections might be. Does the software do what they think needs to be done? Part of what they need is the tracking aspect. When can they see candidates coming in? And then there’s the ease of use. Unless you’re doing bulk hiring, the hiring manager may just make one or two hires a year and only use the software then. That means the software needs to be intuitive. Have one hiring manager look at what you’re buying and say, okay: I see what I need to do. And if you need buy in at the pre-business case level, you’ll want to go even further than that.

Years ago, I talked to someone from H&R Block, where the manager of a site was able to hire all his own people all by himself. He was thrilled that he could use software to hire everybody himself. That could be a goal – to have direct hiring one day.

What tips would you have for a change agent in keeping morale and interest high during implementation?

Hiring managers want to know that something is changing. If you have a pilot, publicize it. Talk about it even when something doesn’t go right the first time.

At the end, have a gargantuan celebration. You need a bang at the end. Here’s an example: a bank in Australia built a mobile product for employees. When it launched, they organized a flash mob in front of the bank singing about it. When employees went inside the bank, there were kiosks with people explaining, ‘This is how you download this on your phone.’ They were giving away T-shirts, and they made it an event that would be remembered. And as an outcome, they saw amazing adoption.

How do you drive towards success?

It starts with a business case where someone has identified what the reason is for going forward with something. Have a clear vision of what success looks like. That will help you figure out what constitutes success to get to that vision. You often see recruiters duplicating effort across the recruiting team; they are haphazard at using social media and LinkedIn contacts, they are doing disparate activities, they don’t have visibility into who’s doing what, and there are redundancies that make them inefficient.

If you don’t know your vision upfront, you don’t know if you’ve fixed anything at the end. So a successful implementation starts with an understanding of the present. What’s the answer to a messy present? Is it your software, is it your processes, is it the people? Technology is only one third of the problem. It’s also the people and the processes.

If you don’t know what everything should look like once you’re done, you won’t know if you have a successful implementation. If you don’t have a concept of what you’re doing it for, it’s going to be hard to measure whether or not you’ve done it well.

What are other reasons that HR software implementations fail?

People really don’t take the time to identify what constitutes success in an implementation. What does success mean in your project? That you got it up and running? That you got people to adopt it? Is it that you saved millions of dollars? You have to figure out what you want to have happen. Lots of HR people define success by adoption.

In a recent Mercer study, there was only 34 percent software adoption in the organizations we surveyed. That’s low. A couple of points to consider: how wide should adoption be and how will you measure it? If it’s a recruiting software and I’m a hiring manager who will only touch it a few times a year, for example, I may not have adopted it because I haven’t had the need yet.

One of our fallacies is that we tend to think that people live in the software we deploy. No, they live in whatever helps them do their job. I might be in totally different places than my HR software if I’m a line manager or a marketer. Recruiters live in the software. Hiring manager, less so. Make sure the software is seamless for scheduling, calendaring and communication.

For more of Katherine’s insights, check out her forthcoming report in conjunction with Jonathan Kestenbaum at Talent Tech Labs. It’s called ‘A Taxonomy of Talent Acquisition Technology: A Guide to Innovative Hiring Solutions for Recruiting Staffing and Professionals.’

Top-tier talent is in high demand, and rarely on the market for very long. If you move too slowly, your top candidates may be scooped up by the competition and you’ll have to start from square one. So what are...
Read more

As we wrap up 2018 and head into the new year, it’s fun to look back at the past year to see what we’ve accomplished and learned. We’re proud to have accomplished quite a bit this year. We’ve hired some...
Read more
This site uses cookies to offer you a better browsing experience. Learn more.