How to Become the Company Millennials Choose 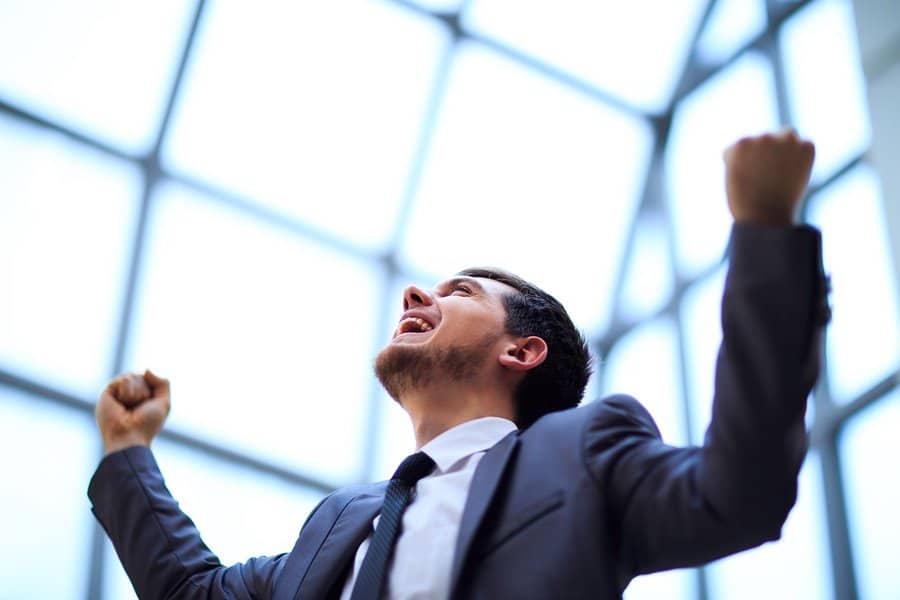 If your candidate has reached the final stages of your interview process, you’ve likely already envisioned them in the seat next to you at your company all-hands and daily lunches. Perhaps there are a few gaps you’d still like to fill in, but you’re almost certain they could be a perfect fit for your team. If your candidate is a millennial, however, chances are they’ve had access to information about various companies throughout their job search. They may be considering a few other exciting opportunities.

Show candidates their potential impact once, then again, then one more time

When we asked Brian and Lindsay to identify the number one factor that drives millennials in their job search, they emphasized impact as the most common motivation. At Change.org, they see high engagement from millennials who seek a mission-based organization. “They’re looking to have a positive effect on the world, they want to leave the world a better place,” Lindsay says. When they walk into work each day, they want to know that the results of their work will be visible and tangible. Brian’s hypothesis is that because millennials have endless information at their fingertips, they have a global perspective that previous generations didn’t have. They are aware of what they can change in the world, and they are itching to help change it.

In order to show candidates what their impact could look like at Change.org, Brian and Lindsay will often invite them to their weekly all-team call, during which teams across the globe provide brief updates and discuss their newest campaigns. Not only do candidates learn how Change.org’s work affects communities throughout the world during the call, but they have the chance to learn how their own role could further that change.

Tap into the power of your team

As a recruiter, you can only give a candidate so much insight into their future role. Perhaps you’ve closely observed the responsibilities of a team member in the same role or studied the intricacies of your candidate’s future day-to-day, but it’s impossible for you to capture all the moving parts of their position when you haven’t held it yourself. For this reason, looping in a team member or senior leader can be extremely useful. During his time as a recruiter, Paolo has gathered that millennials are extremely hungry and ambitious. They’re eager to form direct connections with team members who they can learn from and look up to. Therefore, he sets the tone that leadership is accessible at his company from beginning to end of his interview processes. “We want candidates coming straight out of school to know that at our company, the CEO or co-founder is not sitting in this ivory tower,” says Paolo. “Even though they have many responsibilities, our leadership is willing to invest in them.”

Mike employs a similar tactic when he wants to show candidates how accessible every team member is at TUNE. Often, he’ll pull in the VP of Engineering to chat with an engineering candidate, for example, or organize drinks with his cofounders. These less formal conversations give candidates the chance to ask detailed questions about the direction and vision of the company.

Tailor your conversations to the candidate

While the strategies we discuss in this post will be effective with many candidates, every candidate is different and will therefore require a unique candidate experience. Success in recruiting is nearly impossible to achieve when you adopt a one-size-fits-all approach. Brian firmly believes that whether you’re a 10 person or 1,000 person organization, a customized approach to each candidate is a must have. If you don’t understand your candidate’s individual motivations and needs, how can you possibly convince them that your company will meet them? If you haven’t studied their past experiences and background, how can you know which of your team members will connect best with your candidate?

Paolo will often ask his candidates to put their motivating factors in order. That way, he can focus on convincing them that their top ambitions can be fulfilled at Lever. He’ll ask: “What makes Lever stand out when it comes to your motivations?”, and he’ll then begin to paint a picture of the ways in which Lever matches those motivations. Paolo emphasizes that this is not a one-time conversation, however. “Showing candidates that their motivations and your company offerings are in sync is a continuous process,” says Paolo. “You have to gather evidence of their motivations throughout. Ask yourself: Who did they resonate with? What part of the process did they most enjoy, and why?”.

Be transparent with candidates

Mike knows that these days, candidates can find out more information about nearly any topic at a moment’s notice. At the end of their interview process in particular, they want to be extraordinarily informed before they make a decision. “If I’m going to buy something, I’ll spend weeks researching it. Candidates expect to be able to see the bones and skeletons of a company as much as a product they’re buying,” Mike says. If you can’t tell a candidate the history behind particular processes and structures at your company, they may believe your organization is hiding something. While transparency is a rule to live by throughout the interview process, candidates may actively seek details most when they are about to make their final decision.

When it’s time for closing, Brian is most successful when he doesn’t sugarcoat things for candidates. He knows that candidates are accustomed to being fed lines, and so he wants them to know exactly what they’re signing up for. “Sometimes, the opportunity is not right,” says Brian. “You have to tell them the challenging parts alongside the good stuff.” Once you’re honest about the fact that your organization is not perfect, you can tell your candidate how they can help their teammates with those imperfections. And isn’t that exactly what they want to know?

Encourage transparency from your candidates in return

Paolo remembers one candidate who was strongly considering other companies besides Lever. He had shown his candidate why Lever stood out, but Paolo still needed to understand exactly why he was still drawn to other opportunities. To encourage him to open up, Paolo first had to practice more transparency himself. Paolo told his candidate that the ultimate goal was to find the right next step or him, and he was honest about the fact that it potentially wasn’t with Lever. When Paolo put his candidate’s motivations before everything else, he broke down a barrier with his candidate. “When you concede that the opportunity isn’t perfect, candidates become more open because they realize that you’re prioritizing their fulfillment over your need to make a hire,”says Paolo. “The most important thing is that they’re taking the right next step, not that you’re filling a seat.” Ultimately, this tactic allowed Paolo to understand why the candidate was still looking at other companies.

Brian and Lindsay seek transparency from candidates because when they have more information, they can better equip the candidate with the context they actually care about. In Brian’s experience, one way to encourage transparency is to leverage individual interviewers. Sometimes, candidates become most comfortable with a hiring manager or another team member during their process. If this is the case, it’s best to schedule a phone call or coffee chat with that teammate.

If your candidate is still struggling to make a decision after you’ve taken the steps above, it may be time to get those creative juices flowing. Throughout their recruiting careers, Brian and Lindsay have made special gestures to candidates to show them how closely they’ve listened. “Once, I was trying to close a candidate who loved cooking but was sensitive to onions, so I sent her a cookbook with goggles to ward off the effect of the onions,” says Lindsay. “We also sent a cookie bouquet to one candidate, and the cookies were in shapes that were meaningful to the individual,” remembers Brian. “She lived with roommates, and so we also knew that multiple people could enjoy them.” Brian and Lindsay’s team will sometimes make videos for candidates as well. They know how meaningful it can be to see your future teammates encouraging you to join from different countries around the world, and they also love that the videos encompass Change.org culture.

Paolo also fondly remembers going above and beyond for one candidate. “I knew she was leaving on a trip to Australia right after I gave her an offer, so I put together a travel package for her. I bought an eye mask, dramamine, sleeping pills, and a neck pillow, then had it delivered the night before she left to Australia.” The next day, his candidate emailed him and gushed about the gift. Paolo knew his candidate was stressed out thinking about the offer along with the big trip she had planned, and so he thought it was the perfect time to show her that he cared.

The last stages of each candidate experience may feel like the most high-stakes. When you make a concerted effort to understand your candidate’s primary motivations way before offer extension time, however, those final moments will feel way less daunting.

Missed the last piece in our series on recruiting millennials? Check out our piece on building a remarkable candidate experience .

7 Ways PointClickCare Made their Candidate Experience Feel like Fine Dining

Have you ever gone out to dinner and asked the server what they would recommend off of the menu? The whole experience can be pretty interesting. Sometimes, the server has no idea what to recommend because they haven't actually tried...
Read more

8 Things Candidates Want from Employers in 2020

Meeting candidate expectations across the hiring process can go a long way in helping your company stand out. It’s the little things, done consistently, that help earn employers a reputation for being people-centric: Painless application experiences, timely follow ups with...
Read more
This site uses cookies to offer you a better browsing experience. Learn more.