How Startup Accelerator Cogo Labs is Scaling Several Teams at Once 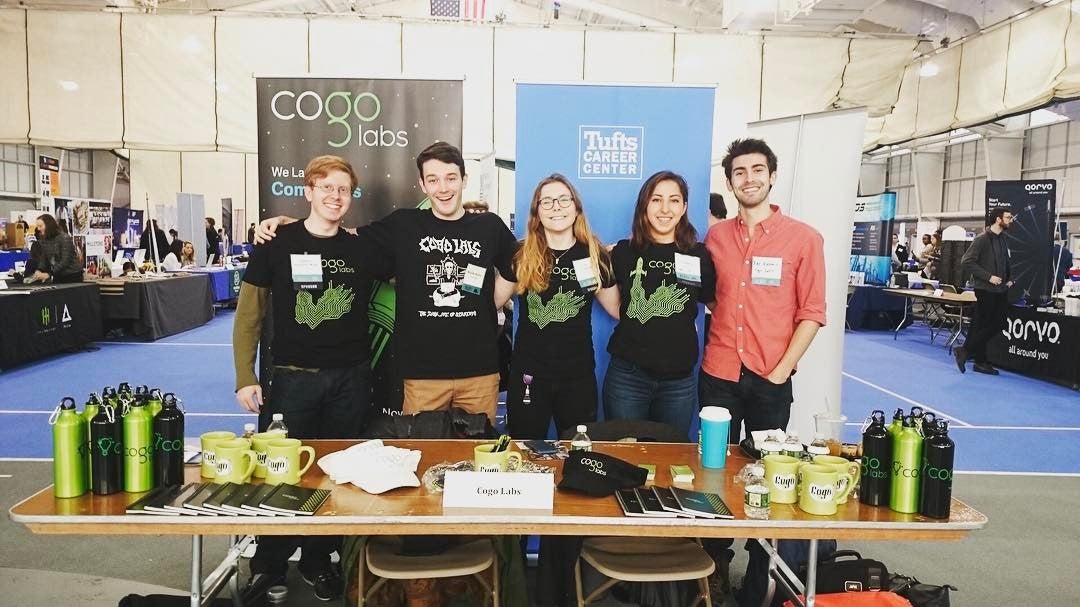 Here at Lever, we work with startup accelerators that are dedicated to equipping new, innovative teams with a wide range of resources. Commonly referred to as incubators, these companies take startups under their wing and provide everything from mentorship, to technology platforms, to office space. Along the way, they become deeply invested in the growth and wellbeing of the teams they incubate.

Cogo Labs, a startup accelerator in Cambridge, Massachusetts, knows that one key way to elevate any company’s success is to help them hire talented colleagues. With that in mind, their mission is to empower dozens of startups to build the right team. But how do they fill both their own hiring needs and those of the companies they support? When we talked to Kevin Fanning, VP of Talent and Culture at Cogo Labs, he shared how hiring collaboration and efficiency are the two secrets to scaling more than one company at a time.

From what I’ve read, the Cogo Labs mission is unique, even a little bit complicated. How would you describe it?

Technically, we are a startup incubator and accelerator, in that it’s our mission to help startups grow, and empower them to become profitable as quickly as possible. We’re different, though, in that all of our startups begin as internal R&D projects within Cogo. Cogo essentially acts as a platform for big data and programmatic marketing, leveraging our technology to create consumer-facing websites that we can then grow into successful startup companies.

So far we’ve had two successful exits, and there are currently another seven companies that’ve launched from our incubator.

How many employees do you have at Cogo Labs, and what are your hiring goals?

Cogo Labs is around 100 people, but within the broader umbrella of the incubator, there are close to 300 people.

I’m trying to scale both our own team and many of the small, new companies we’re growing internally at Cogo. My goal is to leverage Lever and help those small teams grow.

Wow, so it sounds like you’re somehow hiring candidates for different companies at once. How do you keep up with so many different processes?

We have to be really fluid and collaborative with our hiring process. Our teams are in constant communication within Lever on a daily basis. I remember that recently, a really promising candidate came into Cogo’s pipeline for an engineering role – someone looking to do web-facing development. We were excited about him, but we only had back-end engineering roles open on our Cogo teams.

But hiring managers across teams – not just within Cogo but also from companies under incubation – can communicate in Lever. Therefore, I could immediately alert the different teams that we had a great candidate, and we were able to find the perfect role for him at Contrast, one of our incubated companies. Contrast already knew which questions the candidate had been asked in previous steps of the process, so they could eliminate steps and get an offer out to him more quickly.

[Editor’s note: Kevin and Cogo have opted for maximum transparency in their hiring processes. For those of you with more conservative environments, Lever access roles and multi-instance capabilities can be tailored to meet your particular needs.]

Which industries are the startups you work with disrupting?

The startups we’ve been incubating run the gamut, from consumer finance, to healthcare services, to auto insurance and job search. As we hire candidates across different departments and companies, it’s essential to have to have the transparency and flexibility that Lever offers us. If I have a good candidate and I’m not sure where they fit exactly, but I know they belong somewhere at Cogo, I can easily loop in hiring managers who jump in with ideas. I’ve found that in other ATSes it’s very easy for good candidates to get lost or buried in a busy pipeline. Lever allows me to see the entire story of a candidate at a glance, and is great for keeping track of next steps on those really crucial hires.

What’s the most challenging part of building Cogo Labs?

In one sense, Cogo is literally growing its own competitors. I have to be in constant communication with recruiters at our other companies, because we’ll often extend an offer to a candidate, only to find out they’re waiting for an offer a sister company. Which is good! As long as great candidates end up somewhere in our family, we’re fine with it, but it does make things more complicated.

But on the other hand, just about every tech company in the greater Boston area is a competitor on some level, because we’re involved in so many different markets. There are thousands of candidates coming straight out of college every year in the Boston area, but it’s a difficult battle against so many other tech giants who have seemingly infinite resources.

How do you work to stand out against your competitors?

We show candidates that we’re trying to grow the entrepreneurial business leaders of tomorrow. We’re building startups from scratch, and there is a huge learning curve, but you definitely learn a lot, and very quickly. Each person here is responsible for solving big challenges. In a data-driven environment like ours, it’s very easy to see how the work you’re doing matters to the companies Cogo is building. You have a clear sense of the impact of your work, to a degree that you just don’t get anywhere else.

Also, Lever helps us get candidates through our process more quickly, because collaboration is social and easy. All we have to do is @mention each other to communicate within Lever, which keeps us aligned throughout candidates’ interview processes. And that benefits our candidates as well. We often get comments from our candidates that they appreciate the transparency of our process – that they feel kept in the loop, and welcomed by our process, which is what we want. Too often, applying for a job can feel like throwing your resume down a dark hole.

And overall, tracking interview feedback in Lever has made us more thoughtful about the questions we ask candidates. We’re not duplicating questions, and we can take a step back and evaluate the most effective ways to get the information we need about every candidate.

We could go on for days about how challenging it is to both scale your team efficiently and build meaningful relationships with candidates. Huge props to Kevin and the rest of Cogo Labs for building your own team and the teams you incubate – in the most thoughtful way possible.

Recently, we spoke to Lyft about the 3 thoughtful steps they’re taking to cultivate a diverse and inclusive environment as they grow. Learn what strategies they shared with us here.