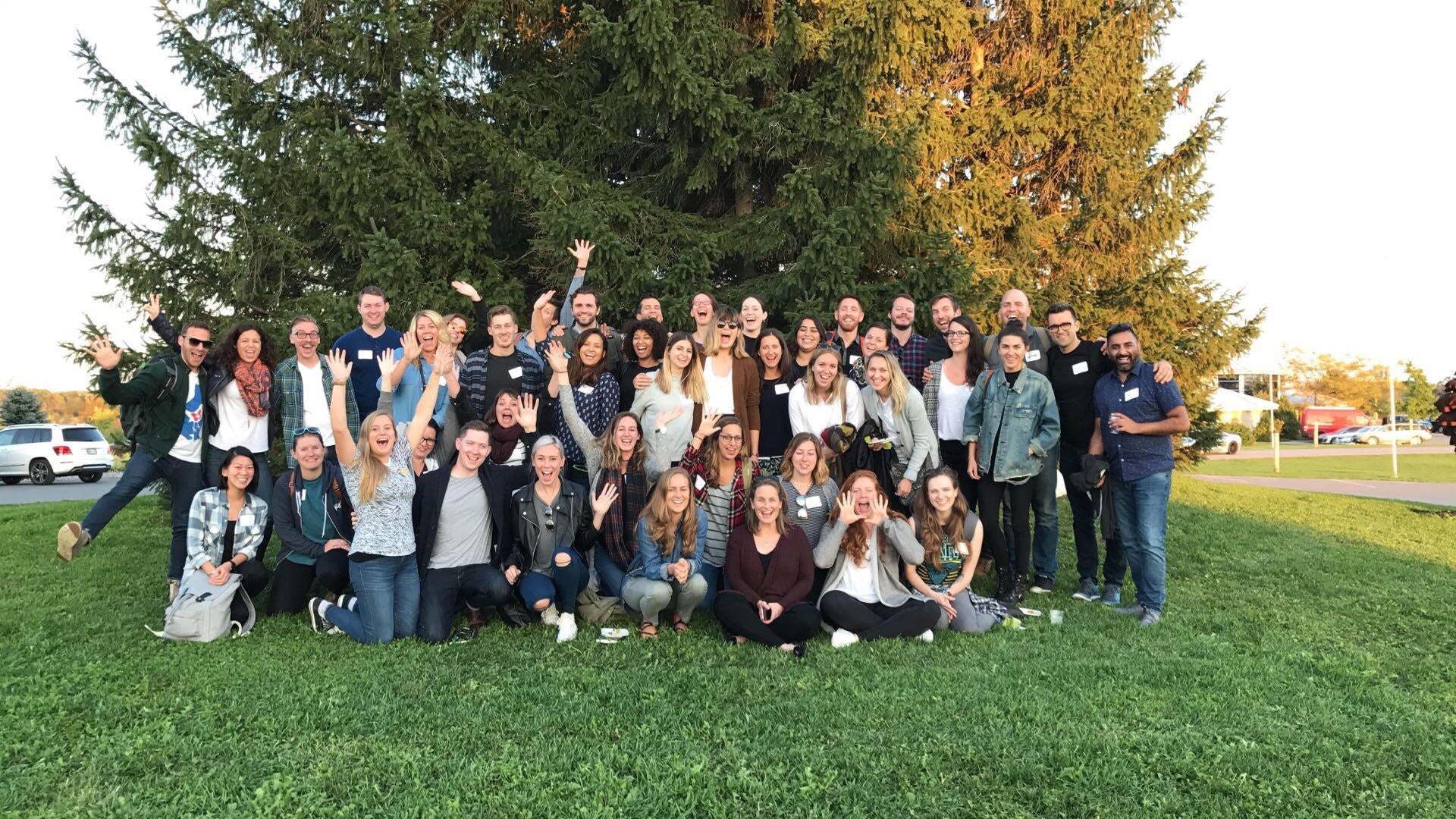 Sourcing is a nonstop grind. Even if you relish the challenge of uncovering fresh talent or personalizing cold reach-outs, it’s soul-crushing when great candidates don’t engage with you. Still, we can promise your hard work will pay off. Just ask the team at Shopify.

In 2015, the recruiting team at Shopify, a publicly traded ecommerce platform in Ottawa, made a bold decision. They committed to building a team of recruiting researchers who would focus solely on sourcing passive talent. These “professional internet sleuths” – as they jokingly call themselves – don’t ever fill their hours with on-site interviews. Instead, they dedicate their efforts to searching for and engaging new candidates. Below, Recruiting Research Lead Sarah Eastman shared more about her team’s inner workings, and how proactive outreach has been the key to hiring for their hard-to-fill, high-priority roles.

Can you tell me about the structure of your recruiting team?

Today, we have over 1,900 employees total at Shopify. But when I first joined in 2014, we only had 550 employees. Our recruiting team consists of recruiters, recruiting researchers, and coordinators, and it’s crazy to think that we’ve helped hire over 1,000 candidates in the last five years.

I’m one of those recruiting researchers, of course, and we all focus on proactively sourcing our most difficult roles. We commit 90 percent of our time to the very front-end of recruiting – searching for and engaging talent – and we only occasionally do phone screens. Even our recruiters, who take candidates through the full cycle, spend about 30 percent of their time on sourcing. It’s a fundamental part of our hiring strategy here at Shopify, because it’s one of the most efficient ways we’ve found highly qualified candidates.

How did you get buy-in to create an entire team of proactive researchers?

I was hired because the team already wanted to zero in on proactive candidate sourcing. But initially, I was the only one focusing on it full-time. Right away, I started sitting down with different teams and developing insight into their hiring needs. Then, I began finding candidates to fill those needs, and the impact of my work became really clear. My first year, I sourced 25 of our most difficult hires – product managers, developers and many of our hard-to-fill senior roles.

Once we started hiring more recruiting researchers, our value became increasingly obvious. In our Lever ATS, we could see what was happening to the people we source – and many of them were joining our team. Other hiring methods just weren’t working as well. Agencies, for example, were only accounting for around 1 percent of our hires. We weren’t having any success there, and we knew it wasn’t a good investment of resources.

Now, our recruiting research team alone accounts for 20 percent of all hires, even as we focus on difficult positions like executives and production engineers. We’ve hired 110 high-priority roles since we began building this research team in 2015. And in total, actually, our entire recruiting team has hired 387 people through proactive outreach.

So why did you begin prioritizing proactive sourcing in the first place?

From the very beginning, the needs of our business pushed us to engage in proactive outreach. We were built on Ruby on Rails, and so when we were smaller it was especially important to go out and find talent with niche experience. But we were having trouble finding candidates with the skillset we needed.

Beyond that, our Director of Executive Search, Doug Tetzner, emphasized proactive sourcing from the start. He knows that most great talent isn’t actively looking for jobs; you have to seek them out. In fact, he chose Lever because it makes proactive sourcing a priority – not an afterthought. The Chrome Extension makes it easy to source, and the intuitive workflow has made personalization effortless.

And now with Lever Nurture, it’s even easier to engage candidates because the interface automates your candidate follow-ups. Before, sourcing took a lot of manual work that was prone to human error. Now, I can persistently reach out and I don’t have to worry that candidates will fall through the cracks.

Clearly, Lever Nurture has been paying off.  We’ve seen that you literally doubled your response rate since you first began using it – from 21% to 42%. That must’ve been a huge team effort. How do you partner with other teams to successfully engage candidates?

We work with recruiters and hiring managers throughout every search. Once we source a candidate, we give our recruiters detailed context to help them interview, but our collaboration doesn’t end there. We then have weekly check-ins as the process progresses. From paired sourcing sessions to more informal knowledge shares, we constantly bounce ideas off each other and build better processes together.

We also hold intake meetings with hiring managers whenever we hire for new roles. That way, we can learn what they’re looking for and encourage them to leverage their networks. We’re sensitive to the fact that they’re busy, so we try to make collaboration easy for them. Sometimes, that means we’ll use Lever Nurture to send reach-outs under hiring managers’ names once we’ve asked what they want to communicate. Using that “send for” feature not only saves them time, it ensures a higher response rate from candidates.

A lot of recruiters think sourcing is really hard. Why is it worth the investment?

Take product managers, for example. They’re exciting roles to hire because I know they’ll come here and build things. But they’re really hard to source. When I first started here, we were looking for a product manager to oversee Shopify Capital, this awesome product that provides financing for small businesses. I’ll never forget that the candidate I sourced was the one we ultimately hired. And a year after he started, he launched Shopify Capital. That was such a rewarding moment because I helped bring him here, and this role is filled with amazing moments like that.

Sourcing is a huge puzzle, but that’s a part of why it’s so fun. You have to figure out how to approach passive candidates in the most engaging way and show them why Shopify is a great place to work. It’s normal to get discouraged when you’re not finding people, but it’s so worth it when the people you hire have significant impact.

What do you recommend sourcers do when they get discouraged?

Take a step back and try a new approach. Ask for tips from your fellow sourcers and hiring managers, so that you don’t feel like it’s just you working on it alone.

Experiment. Send long emails and short ones. Hold events and reach out to candidates on Twitter. Sometimes, you’ll learn a lot about them from their LinkedIn or Twitter profile, and sometimes you won’t. Recruiting is innately human, and humans don’t behave deterministically. You have to accept that candidates will say no, but know that eventually, it will work out.

Shopify’s story is one-of-a-kind – but it doesn’t have to be. Now that you’ve read their story, we hope you begin thinking about how you can ramp up your own team’s sourcing efforts. Maybe it’s time for you to build your own team of ‘professional internet sleuths’.

Feeling inspired to do exactly that? Here are 5 ways to set your new sourcing team up for success, courtesy of Meteor’s Director of Talent, Chris Shaw.