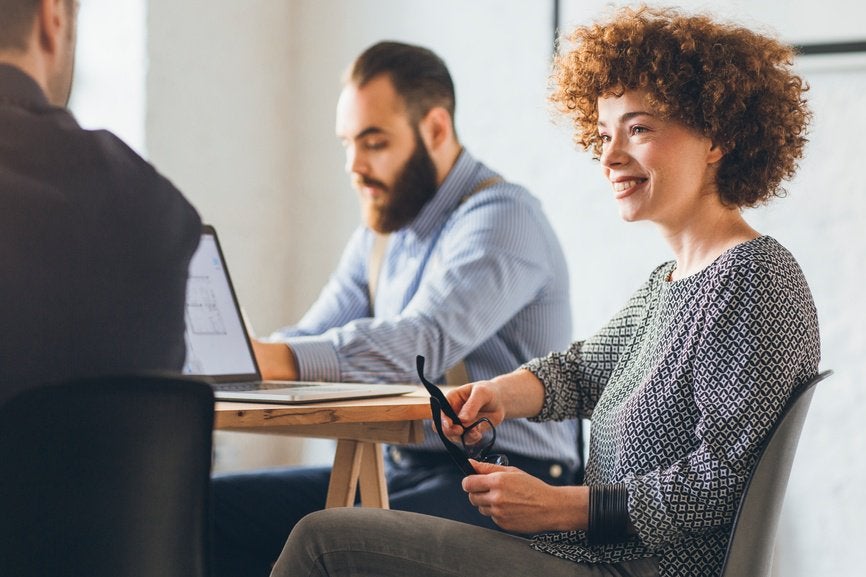 The relationship between manager and direct report might just be the most important relationship in the workplace. If you’re a manager, you count on your reports to contribute to the overall success of the team, and your reports see you as an advocate for their professional growth and advancement. It’s no surprise, then, that you want to be intimately involved with every future team members’ interview process. Time to put your hiring manager hat on, and partner with your recruiter to build their candidate experience.

For this week’s post in our interviewing series, we’re talking about what you, the hiring manager, can do to confidently predict every candidate’s future success on your team. Through assessing dimensions like communication skills and motivation alignment during your interview, you can begin to measure their fit for your team’s needs. After chatting with Grand Rounds’ Head of Talent Alex Lebovic, Cogo Labs’ VP of Talent and Culture Kevin Fanning, and Lyft’s Technical Recruiting Lead for Data Science and Analytics Alex Treister, we learned best practices for a successful hiring manager interview.

‘Talk to us about a project that failed, or didn’t go as well as anticipated.’- Kevin Fanning

First and foremost, Kevin’s team at Cogo Labs looks for candidates that are already engaged with the type of work his team does. “Our business model resists an easy elevator pitch, so technical skills and resume experience are not enough,” says Kevin. “They need to have a deep entrepreneurial spirit and strong intellectual curiosity.” When Kevin puts his hiring manager hat on, he wants to know how candidates’ motivations impact the way they work, which is why he’ll ask about “a project that failed.” While it’s enjoyable to learn about candidates’ successes, it’s much more useful to hear about work that didn’t go as planned. Ask candidates to dive deep into how things went wrong, and they’ll be more likely to reveal their individual contributions and explain the ‘why’ behind their decision-making. “Are they admitting their mistakes, or are they throwing people under the bus?”, Kevin asks. It’s much easier to take credit for your team’s collective success than to admit your individual mistakes.

At Lyft, the most common question Alex Treister hears from hiring managers is: ‘Why are you interested in joining Lyft?’. It may be one of the simplest questions in their arsenal, but it’s also often the most revealing. Lyft is a well-known brand and product, so interviewers are never surprised when candidates know basic information about it. Instead of looking for vague interest, they’re listening for the specific reason each candidate is excited to join the team, and why. Are they already invested in Lyft’s overall mission, or are they passionate about the work that a particular team is doing? Hiring managers consistently want their team to be energized by candidates, so they’re on high alert for desire for impact and motivation alignment.

‘How have you kept employees informed of what is going on your team or at your company?’ –Alex Lebovic

At Grand Rounds, every candidate answers both behavioral and functional interview questions during their process. In a kickoff meeting before they officially open every role, the hiring manager and recruiter generally identify 6 to 8 core competencies, then use them to guide their behavioral questions. Often, one of their primary goals is to assess candidates’ communication skills.

According to Alex Lebovic, you can learn a lot about a candidate’s communication style when you ask the above question about how they’ve kept other employees informed. “Here’s an example of a good answer to this question,” begins Alex. “The candidate says: ‘We made sure to get information only to the team leads that had a specific need for it. In every situation, you have to be deliberate about how you communicate, and so in this case, we identified the point people that absolutely needed to know the information.’” If this is how the candidate communicated with coworkers in their former role, says Alex, our team can see that they carefully consider who they’re looping in before they do it. “And then, here’s an example of a bad answer,” says Alex. “The candidate says: ‘We have this listserv, and we just sent out a message to the entire company.’” In this case, the candidate didn’t identify key stakeholders, and instead they impulsively broadcast information that the whole company didn’t need to know. With this useful context about how your candidate communicated in the past, you can imagine how they’d overcome future communication mishaps.

Paint a full picture of their skill-set

“Our hiring managers will tell candidates about a challenge their team is currently tackling, and see how the candidate approaches it.”- Alex Treister

Unless another team member conducts a skills fit earlier in the interview process, the hiring manager will often measure their candidate’s skills alongside their working style during the interview. More than almost everyone at the company, hiring managers have a clear picture of what their candidate’s day-to-day responsibilities will look like. “The hiring manager is the most important person in the recruiting cycle. They’re responsible for the dynamic of their team, and they know the scope of the role,” says Alex Treister. In order to understand how their candidates approach problems, Alex knows that Lyft’s hiring managers ask them to think through an issue that Lyft is currently facing, but she insists that asking candidates about their past work is also important. “You want to set candidates up to be knowledgeable about their domain rather than catch them off guard,” she says. “You want them to put their best foot forward, to give them the opportunity to confidently answer questions.”

At Cogo Labs, candidates go through three interviews with two team members rather than a single 1:1 interview with their future manager. “All of our teams are doing such exciting things and we want them to get a full picture of what that looks like,” Kevin gushes. He also thinks it’s crucial for as many team members as possible to get to know the candidate; that way, hiring decisions are more of a communal effort. In all three on-site interviews, interviewers pose a mix of technical and behavioral questions. “But our technical interviews are always open-ended,” Kevin adds. “We don’t like right answer vs. wrong answer questions, because we like the interviewee to ask questions and engage with our team.”

“I’ll have candidates source with me, and I ask questions like: What would you say to this person? Where would you go next? Why?”- Alex Lebovic

As the Head of Talent at Grand Rounds, Alex Lebovic knows a lot about hiring recruiters. Content marketers produce writing samples on-site within a short time frame, and engineers will work on a project and share their screen with the hiring manager. In her version of a skills assessment, Alex asks recruiters to source with her. As they go through online candidate profiles, she asks questions like: ‘What would you say to this person?’ and ‘Which site would you visit next?’. Each recruiter has their own style, and candidates have actually taught her new techniques in the past. Alex likes to see recruiters pick up on patterns in career histories and job transitions.

One main reason she likes this interview style is that it allows her to give candidates immediate feedback. For one, she can see how candidates respond to her suggestions and engage in constant dialogue. Just as important, however, is the fact that candidates then get to see how she communicates. “Recruiters want to know that they’ll have goals, and what will happen when they hit those goals,” she says. In her experience, this kind of feedback has been an effective selling tool.

Engage with your candidate throughout the interview process

Through a combination of weekly check-ins, team meetings, and performance reviews, reports often build remarkably strong relationships with their managers. That relationship is strongest when it begins during the interview process. With the right questions and the right level of involvement in your candidate’s interview experience, you can be sure that they are the right fit for your team.

How Tech Industry Recruiters Are Preparing for What’s Next

The world of work continues to be upended by the pandemic. While not particularly new news, as so many industries and businesses have been in it together navigating these storms, there is one dominant thread that continues to embolden itself...
Read more