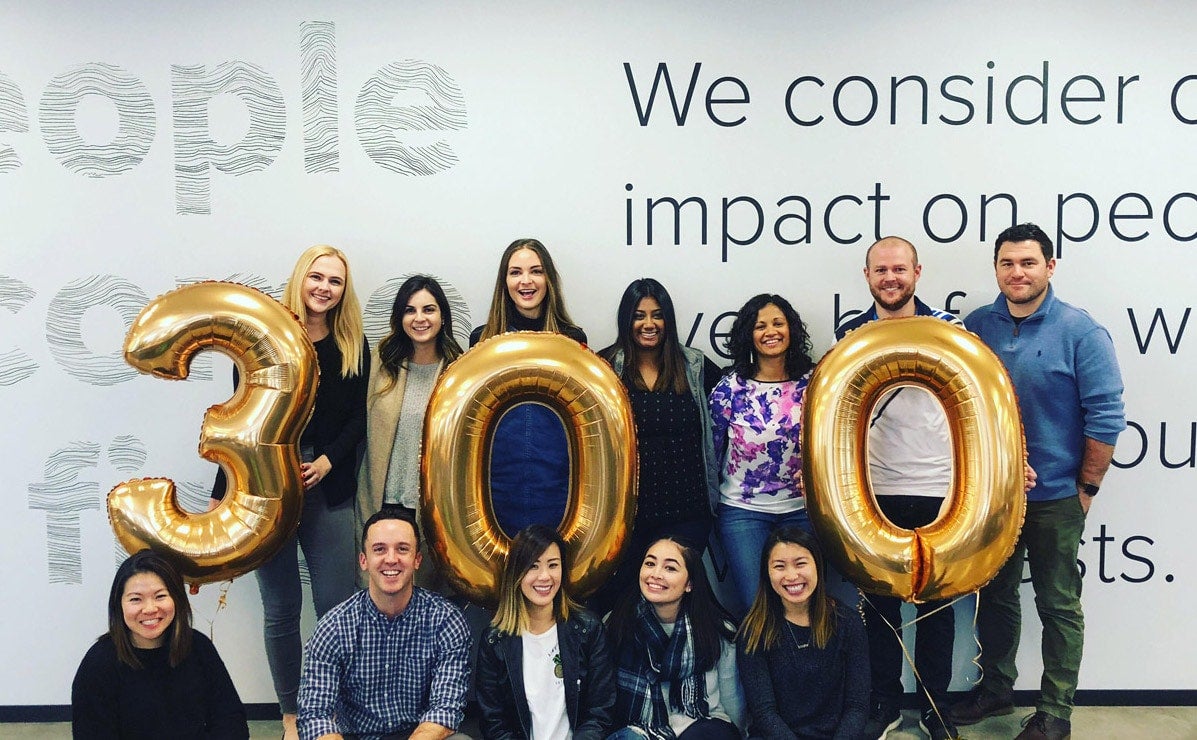 Affirm, a fintech startup in San Francisco, is at the top of its game. On a mission to give shoppers more purchasing power, they’ve already granted more than one million loans to consumers since their founding five years ago. To top it all off, their most recent funding round will likely put their expected valuation at nearly $2 billion.

Yet at the start of 2017, their 38 percent engineering close rate told a different story. There was a gaping disconnect between their company’s global impact and success with top candidates. When Affirm’s Head of Talent Ragini Holloway joined the team, she knew that closing that gap would take the entire company to the next level. After setting out to increase their close rate to over 50 percent, she led the team to hit a whopping 81 percent (for the record, that’s more than 20 percent higher than average, according to our benchmark report  for startups). Through digging into recruiting data, overhauling candidate experience, and much more, Ragini and her teammates could effectively show engineering candidates that Affirm was the right fit. Below, Ragini delves deep into how they did it.

When I came to Affirm in February 2017, I immediately noticed that we weren’t closing engineers. That problem was essentially why the team brought me in. We had all the key ingredients of success – we were proud of the work we were doing, and we were on the verge of surpassing a $1 billion valuation. Still, engineers weren’t joining, and no one really knew where we were falling off. We were making assumptions around why we weren’t successful, but there was no reporting, so I had no insight into our offer acceptance rate.

When I finally dug into the metrics, I saw that we had a 38 percent engineering closing rate. That blew my mind, and everyone else was shocked to learn that as well. Why was it happening? Was it that our bar was extremely high? Was it a branding problem?

Also, there was a massive opportunity related to diversity. There were no metrics on the HR side yet. At my first engineering leadership meeting, I noticed there were only men in the room.

We needed to figure out why this was happening. So we started to have more data-driven conversations.

We learned that there was churn when recruiters weren’t working efficiently towards a goal. They weren’t able to close the deal in the end, even with access to great leadership, brand, and valuation. There was a disconnect – we weren’t clearly communicating why Affirm is a meaningful place to work.

We set our sights on increasing our engineering close rate to over 50 percent. Overall, we wanted to grow the entire team past the 300 employee mark. I knew we couldn’t do that without increasing our close rate.

Our Talent team, Engineering team, and D&I council were the main drivers of our success, but the whole team was bought in to our mission the moment I posed it. Even though I was new, I had immediate support from HR, Finance, and the exec team. They’d never had anyone dedicated to employer brand, diversity and inclusion, or fair compensation. The entire company was excited to improve on all fronts. To make it happen, I initiated a number of new strategies.

Candidate experience survey: Both our talent team and hiring managers began to look at what our candidates were saying. If the feedback showed that certain teams weren’t pulling their weight, we called them out, which created accountability.This was especially helpful in the Engineering department.

Education: We became more proactive about letting engineers know how they could get involved. If a team member needed to be accessible to close the candidate, we communicated their value to them. Overall, we made hiring more of a company-wide goal. If our teammate went to the same school as the candidate, for example, we set that teammate up for a conversation with them.

We asked for our team’s help in personalizing candidate experience – that way, they felt like they were already a part of the company. We were also more thoughtful about bringing up the importance of D&I, but we wouldn’t do so unless the candidate did so first. Candidates don’t necessarily want to be identified as “diverse”, you can’t just assume that they want to talk about it. If they brought it up, however, our D&I council would often get on the phone. It was all hands on deck. Even if the candidate wasn’t on your team, you were still responsible for jumping in.

Employer brand: Before, it was simply nonexistent. Our company was just relying on Max, our CEO, to encapsulate our reputation. You can’t just rely on that, however. We created an employer brand video, rebranded our website, launched a new careers page on The Muse, and began focusing on our Glassdoor reviews. We also attended and hosted panels, speakerships, and women in fintech events.

Lever: Reporting in Lever’s recruitment platform was our starting point for making improvements. In general, Lever was a huge partner in helping us. The team was always accessible, and our customer success manager Elisa in particular was always there. Lever was always listening, always wondering what they could help with. We ideated together, and the Lever team was continually reminding me how we could even further enhance our process.

Over the course of one quarter, we increased our offer acceptance rate from 38 to 81 percent. We more than doubled our close rate!

We also more than doubled the size of the company. We surpassed our 300 milestone. We couldn’t have done that without digging deep into Lever’s reporting. We had to see what our close rate was in the first place!

Finally, we’re having really hard conversations about diversity and inclusion. Now, hiring for diversity is a major company initiative. We’re talking all the time about how we need more female leaders, and our Engineering team understands that we can actually make an impact, because we’ve done it. They’ve realized we can move the needle, and everyone is more invested.

Now, we’re honing in on close rate, because engineers are invested in building their team. They make sure every offer that goes out is communicated well, so candidates understand that we are the place to be. Our engineering team says to candidates: “We know you will add value, and this is why you should join us.”

As a talent leader, you have to help companies move from assumptions to reporting. Before you try anything, you have to understand and assess the current state. You’ll never fix or address the real issues unless you look at the numbers. And once the team saw the changes we were making in the data, they felt motivated to improve even more. We built a better, more collaborative partnership between Engineering and Recruiting. That relationship is going be essential as we aim to grow our Eng team by 100 percent this year.

More than doubling your offer acceptance rate in one quarter? We’re beyond impressed, Affirm. Thank you for sharing your story with us, and proving once and for all that successful hiring is grounded in collaboration and inclusion. Hey audience, if Affirm’s values resonated with you, you’re in luck! They’re hiring.

By the way, we have even more Headcount Heroes spotlights to share with you. Hear how SiteMinder reduced their time to hire by 20 percent in 6 months, RevZilla hired 47 percent of employees through referrals, and Cirque du Soleil successfully recruited for 140 positions in under 4 months.

Have you ever purchased a tool at your local hardware store, only to discover you already owned that tool? Perhaps it was lying in some out-of-the-way corner of the garage or at the bottom of your toolbox. It was obviously...
Read more

Our recent webinar examined the state of remote work and how to improve communication across global and distributed teams. According to a recent report from Facebook, 54% of remote workers feel disconnected from their teams, and 66% think their office...
Read more

There are some things you prepare for as a leader, and then there are challenges like the global crisis we face today. In my case, I had been prepared to lead our team toward many things—our growth goals, our product...
Read more
This site uses cookies to offer you a better browsing experience. Learn more.