And the 2016 Talent Acquisition Brand Velocity Award goes to… 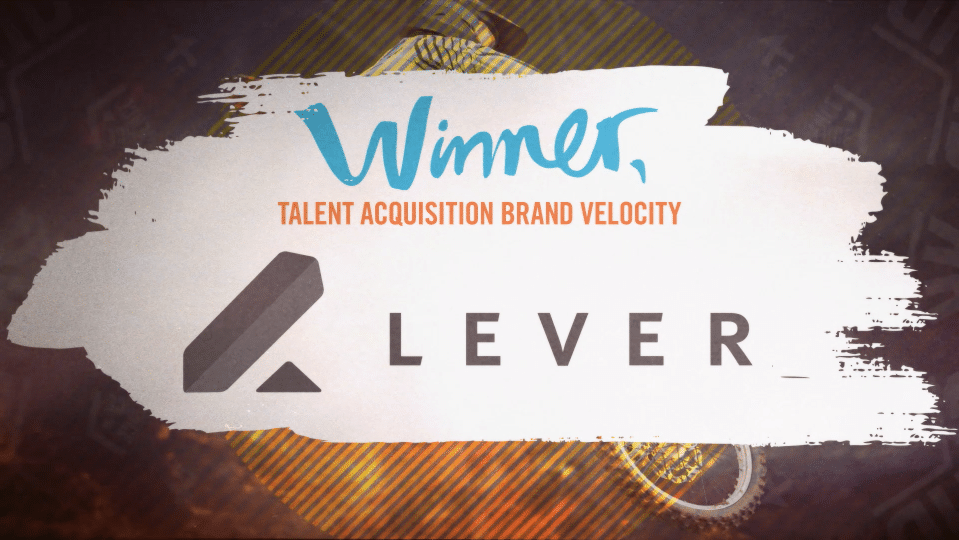 William Tincup estimates there are over 21,000 HR and recruiting technology products in the world today. Even if we assumed that 20 percent of them are defunct due to the intense pressure of the other 80 percent, we’d still be left with almost 17,000 products to consider. The upshot: this is an exceedingly crowded and competitive space – as it should be, because nothing is more vital than people and talent.

Given all that noise, I’m excited to share that Lever has been named the InfluenceHR Brand Velocity Award winner for 2016 in the Talent Acquisition category, courtesy of The Starr Conspiracy. The InfluenceHR awards, which honor the best HR Technology brands, were presented last night at the McCormick Center in Chicago.

Within Talent Acquisition, the Starr Conspiracy evaluated companies across five categories: Candidate Discovery (like Indeed, LinkedIn and Glassdoor); Candidate Connection (like Hired and Randrr); Candidate Management (largely comprised of ATS players including Lever); Candidate Intelligence (such as HackerRank and Hirevue); and RPO (for instance, Randstad Sourceright and Cielo).

Here’s a snapshot from the brandscape chart that the Starr Conspiracy shared yesterday, reflecting where Lever falls in the candidate management brandscape according to their intensive research: 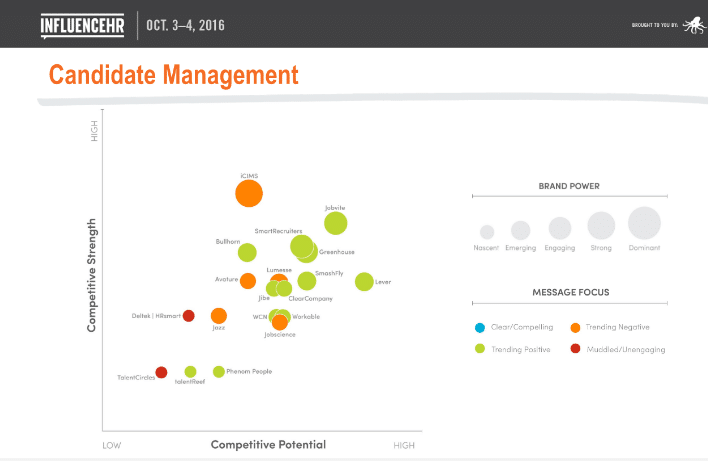 We’re excited and humbled that Lever is being recognized these days amidst a sea of formidable brands. A huge thanks to our customers, employees, followers and evangelists; we look forward to taking things to the next level with your support!

Leaders That Candidates Want to Work For

The idea of a good leader often denotes someone who motivates and inspires their teams to be energized, hopeful, and motivated to perform well. These types of leaders not only build reputations among their leadership peers, but also among future...
Read more

How to Build an Unforgettably Audacious Company Culture

What is company culture, and why does it really matter? While position requirements, salary and compensation packages, and career advancements are front of mind for candidates interviewing at your company, culture also matters. Culture is like a vapor that permeates...
Read more

Facilitating a strong company culture is one essential key to curating and maintaining a happy workforce with low turnover rates. Research shows that employees who enjoy the peers they work with find higher levels of job satisfaction, and are more...
Read more
This site uses cookies to offer you a better browsing experience. Learn more.