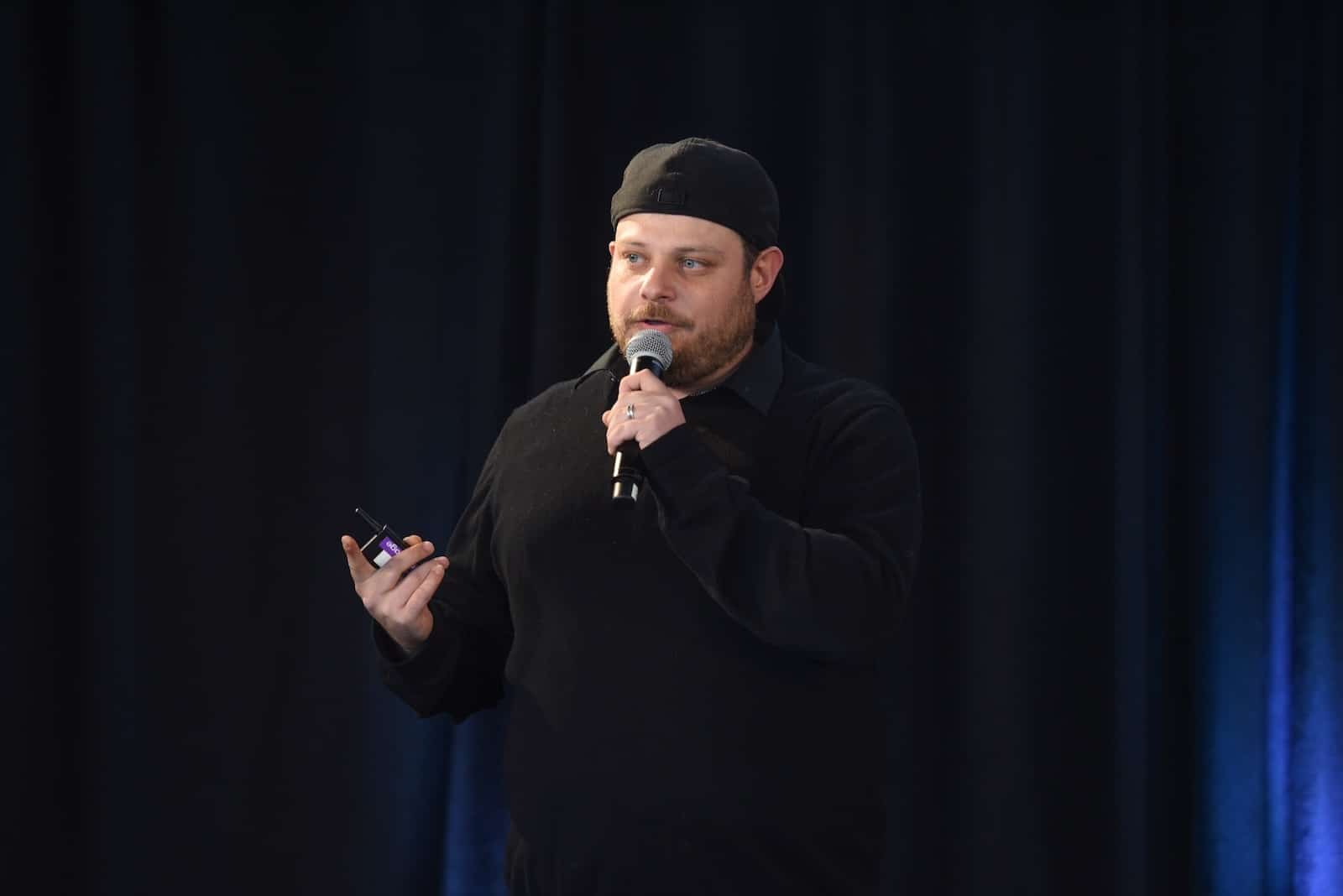 Matt Charney is the Executive Editor at Recruiting Daily and Chief Content Officer at Allegis Global Solutions. At our Talent Innovation Summit, he provided his snarky insights on what the rest of the world can teach Silicon Valley. He started off by pointing out, “Everybody in this room is fundamentally changing the way people work and live, but if you don’t know how people live and work then you’re really kind of hitting a disconnect.” He went on to point out some key areas the San Francisco Bay Area tech recruitment landscape differs from that of the rest of the United States—and offered some refreshing ideas to make a stronger hiring impact.

1) Eighty six percent of people said holidays and time off were a top priority when looking for a job, and 79 percent said flexible working was a top priority.

2) Ninety percent of virtual tech workers say they are happier with their jobs because they can work from home.

Tech companies are connecting the world, and making work possible from anywhere—but don’t allow employees to work from home. Offering this perk could be a game-changer for winning top-tier candidates, and retaining the talent you’ve worked so hard to recruit.

3) 73 percent of tech workers would choose a job of equal salary and title to reduce their daily commutes.

The average commute time is 31.5 minutes in San Francisco and 39.7 minutes in New York, compared with the United States average of 25.8 minutes. A shorter commute or the opportunity to work from home can be a huge motivation to considering another job. Silicon Valley has some serious competition for top tech talent—not just within the Bay Area, but from all around the country, due to lower cost of living and shorter commutes. If you want awesome tech talent, Matt suggests you tell them to work from home to create a true competitive differentiation.

4) Computer science degrees accounted for just 2.4% of all college graduates in United States in 2016, yet 89% of all tech jobs posted last year required at least a bachelor’s degree in computer science.

If you’re hiring for tech, try removing the degree requirement. Matt points out that there are some very smart people in the tech world, like Bill Gates and Mark Zuckerberg, who do not have computer science degrees. While you’re at it, rewrite your entire job description to make them more inclusive, and to help them sell your opportunity to potential candidates.

5) Elizabethtown, Kentucky, had a 4.3 percent change in share of new business since 2009—making it the fastest growing United States metro area for startup growth.

Tech hubs are starting to pop up all around the United States, showing that startups can grow in these environments. Tech talent exists in these markets, and are being paid more than San Francisco talent after adjustments are made for cost of living. While San Francisco has the highest average tech salary, at $113,497, the cost of rent for a 1 bedroom apartment is $3270—which brings the adjusted salary down to $74,257. Austin, Texas, has an average tech salary nearly $10,000 lower than that of San Francisco—$94,025—but $1080 for a one bedroom apartment makes the adjusted income higher than that of San Francisco at $81,065.

Silicon Valley used to be where you go for tech jobs: you would get a degree from anywhere and move to California—like people move to Hollywood for the entertainment industry. Now, people are starting to look outside of the San Francisco Bay Area for jobs, in areas like New York, San Diego, and Austin. Rather than losing talent to these other cities, consider opening a satellite office in one of them—which would effectively increase the size of your talent pool.

Diversity recruiting is one of the big issues in Silicon Valley. Matt says that if you want easy fix to this problem, consider not being located in one of the least diverse metro areas in United States. If you value diversity, building better work and lives for people, and connecting world, look outside of Silicon Valley. It is not the center of the tech workforce anymore.

We don’t need to tell you there’s more competition than ever in tech recruiting, but these stats may give you a better idea of just how fierce that competition is—and will continue to be. Armed with this data, we hope you can better advocate for what you need to recruit top-tier tech talent to your organization. The truth of the matter is that the workplace is changing, and great candidates have many choices when it comes to where they want to work. If you don’t adapt to these realities, your organization may very well becomes obsolet

These tech recruiting stats are only some of the insights Matt shared with us at the Talent Innovation Summit, so be sure to catch the full recording.