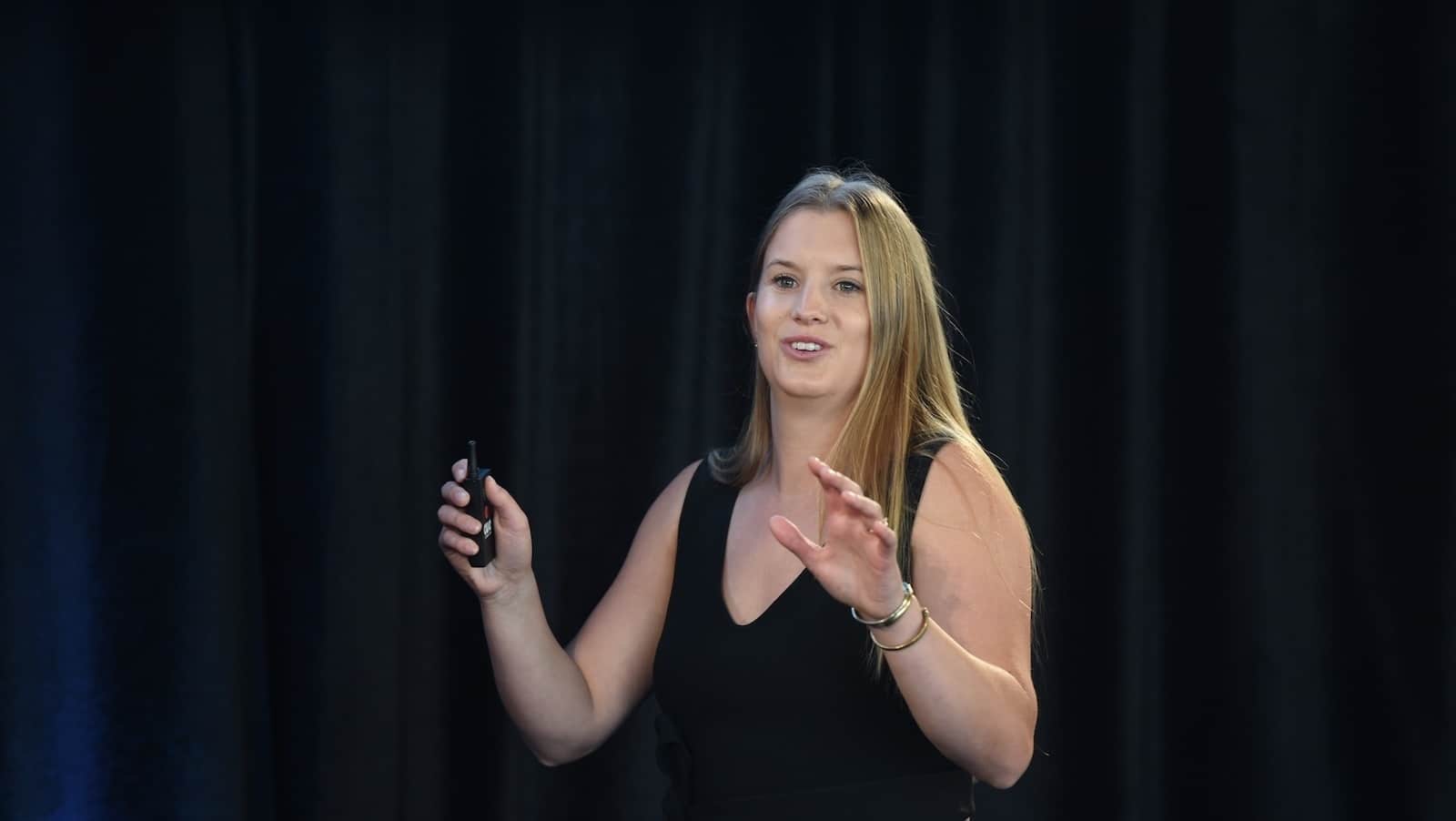 In 2011, Shopify had 40 employees total, no recruiting team, and one unassuming HR intern with no prior HR experience. Today, their employee count has soared to 2,000+ employees, 60 of whom are in talent acquisition. That former intern? She’s now the Head of Talent Acquisition, Anna Lambert.

Anna believes that her team’s incredible growth story boils down to their unique recruiting philosophy. From the beginning, they’ve made sure to look beyond formal experience to evaluate every candidate’s potential impact. “They took a chance on me”, Anna explained at our Talent Innovation Summit. Still, Shopify’s recruiting success is rooted in more than an open mind. Below, we’re recapping 5 other key strategies they’ve found rewarding.

1) Getting everyone to invest in recruiting

Anna has learned that every single employee should prioritize recruiting, including executives and founders. Think about it: your leaders often know your company culture, mission and vision better than anyone else. If they’re not involved, the future of your company is at stake. When Anna first interviewed at Shopify with virtually no experience, she met with the CFO, COO, and Head of HR. And until the team was 150 people, Shopify’s CEO met with every single engineer. “As a leader, you have to make it a priority to build great teams,” says Anna. “If you do, your people will as well.”

Are you lucky enough to have a dedicated recruiting team? That means you also need to invest in empowering them, says Anna. “The Shopify recruiting team doesn’t just schedule interviews for hiring managers,” she explains. “Our recruiters, researchers, and coordinators are decision makers.” It’s the job of leadership to partner with the recruiting team, and it’s on the recruiting team to bring market expertise and ask meaningful questions that guide the entire company.

2) Asking for their candidates’ ‘life story’

Officially, Anna’s talk was titled The Art and Science of Scaling a World-class Recruitment Team. Her alternate title, however, was: How to not ruin your company through terrible, traditional hiring practices. What’s one traditional hiring practice that often doesn’t work? Standardized or behavioral- based interview questions. Rather than asking a rigid set of questions, interviewers have to initiate meaningful conversations – where they genuinely get to know the human beings they’re speaking with.

At Shopify, every candidate goes through an interview called ‘The Lifestory’. “We begin at one point in the past, and we let the candidate decide where to start,” explains Anna. “Then, they talk about that period – whether it’s high school or their first job – all the way up until today.” In this interview, the Shopify team digs into elements like transitions between different periods, what the candidate loved doing, and why. The most important part of these interviews? Developing and expressing genuine curiosity in the candidate’s history. When you’re deeply interested, you’ll ask better questions.

3) Applying the ’10 minute rule’ to interviews

First off, Anna begins, we have to acknowledge that it’s human nature to bring bias into our candidate evaluations. One way the Shopify reduces these hiring biases is the ‘10 minute rule’.

We’re programmed to make decisions based upon our first impressions, Anna explains. That means that in the first ten minutes of any given conversation, you may make up your mind about someone. If the candidate immediately says something silly, for example, you may decide that they’re not a strong fit. Alternatively, if you’re walking into the interview from a productive meeting, your positive mood may give you a more favorable impression of the candidate. To combat this tendency, all Shopify interviewers are urged to look at their watch after ten minutes of interviewing – and reset. After resetting, the goal becomes to learn as much new information about the candidate as possible. Then, the evaluation process only begins once the interview is finished.

4) Building a culture of experimentation

About a year ago, the Shopify recruiting team was evaluating 150 candidates in order to fill five roles. Absolutely determined to find the right candidates, they came up with something called ‘Recruiter Roulette’. In this experiment, four recruiters on the team interviewed all 150 candidates –  for four minutes each. This way, they could replace impersonal CV screening with getting to know candidates better face-to-face. And ultimately, Anna believes it worked. Looking back, she knows that four of the six people they hired would have been screened out based on their formal CV. “This is an example of a creative way of bringing in great talent. And the crazy thing is, I didn’t even know my team was doing it until I saw it,” reflects Anna. “The team knows what they need to do to build impactful teams, and they get to figure out how.”

Beyond recruiter roulette, the Shopify team has also run experiments like substituting a typical job posting with an email chain between a recruiter and CMO, in which they discuss which problems the candidate would solve in that marketing role. Yes, they literally screenshotted the chain and published it on their jobs page. Additionally, the team has tried tactics like posting a booth outside of IBM the day they laid people off, and piggybacking on the Pokemon Go craze by setting up shop at a hub for catching pokemon. Not all of these creative attempts have worked, but many have. Importantly, they’ve kept trying. “If you create a culture of experimentation, learning and failure on your TA team, the output is simply going to be much more impactful,” Anna concludes.

5) Proactively seeking out diversity of thought

When it comes to experience, the Shopify recruiting team is remarkably diverse. As Anna looked out at her team in the crowd at our Summit, she named their previous roles one by one. “Portia was in finance and sales, Alexa was a teacher, Jane an analyst at National Defense, and Greg was a reality TV producer for 20 years before Shopify,” gushes Anna. “When you partner these folks with the people who have done it before, it’s pure magic.”

But how did her team get there, and which strategies did they employ to engender diversity of thought? Anna shared a list of ten tactics: actions such as reviewing their job postings to make sure their listed requirements were absolutely necessary, allotting time for her team to watch unconscious bias training videos like this one from Facebook, and prioritizing an interview panel with diverse experiences, skills, and backgrounds.

Thank you, Anna, for sharing so many of the reasons your team growth has skyrocketed over the past few years. We’re excited to watch your success continue!

Want to hear more from Anna, including the other ways she facilitates diversity of thought on her team? Click through her slideshow and watch her video below.

The Art and Science of Scaling a World-class Recruiting Team from Lever Inc.