5 Questions That Will Level up Your Phone Screen 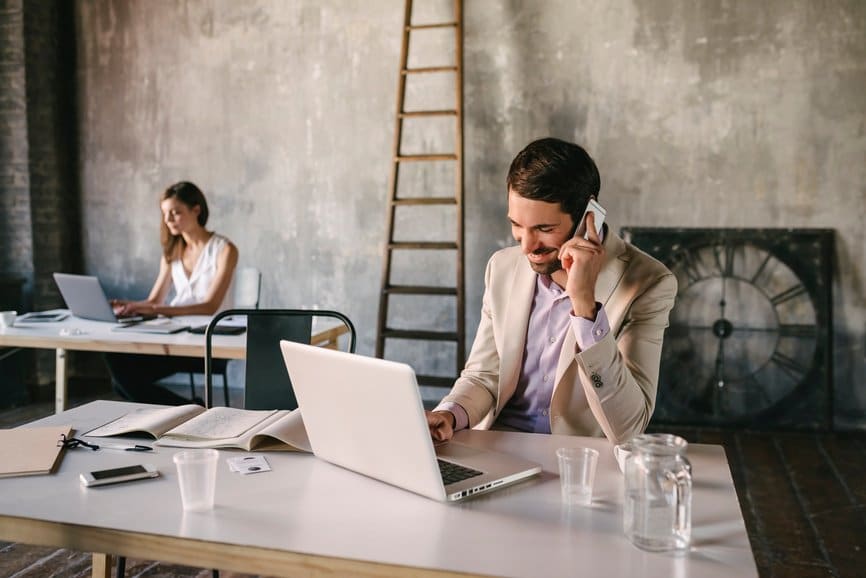 You’ve read through your candidate’s application 16 times, obsessively refreshed their LinkedIn page, and even discovered their Facebook profile. Still, it feels like you know nothing about them. It’s not enough to see that they grew their sales team from 2 to 20 people; you want to hear about it. This is where the phone screen, often the first step of the interview process, comes in handy.

The goal of your phone screen is to pass along important context to your hiring manager-details such as your candidate’s motivations, core values and ideal working environment. But how do you make sure you get all the information you need? For this first post in our “How to Design Your Interview Process” blog series, we sought advice from three seasoned recruiting experts – Marie Burns, Head of People Ops at Datawire.io, Andrew Gadomski, Talent and Data Analyst at Aspen Advisors, and Michael Gallagher, Sales Recruiter at Lever. Here is the information they suggest you uncover, along with five questions that will help you do it.

‘What kind of relationship do you need with your manager to be successful?’– Andrew Gadomski

Perhaps the most important working relationship is the one between manager and direct report. When Andrew asks the question above, there’s no wrong or right answer, but he notes that it’s important to find out if the candidate and hiring manager’s working styles clash in big ways. A huge mismatch would make all parties unhappy.

“Let’s say you ask your candidate about their ideal manager relationship, and they like checking in with their manager everyday,” he says. “But at your company, the boss is out 65% of the time and there’s this strong culture of autonomy.” In that case, says Andrew, you automatically know that candidate is not the right fit. In his opinion, looking for cultural alignment means that you’re gauging their ability to perform well in your environment. Ask this question, and you get that information.

‘What have you taught or gotten involved with to enable others to be their best selves?’- Marie Burns

In each phone screen, Marie verifies that the candidate’s core values match those of her team. At Datawire, ‘We are teachers’ is one central value. With that in mind, she asks candidates to talk about what they’ve taught or done to enable their coworkers. On the flip side, she looks for candidates that are coachable. Her team doesn’t just want to know if you can teach; they want to know if you can learn. ‘Can you adjust your strategies for success?,’ asks Marie. ‘Are you dead-set in what you think, or are you able to go with the flow?’.

Michael also searches for his team’s core values in his candidates. “Teamwork may seem like a basic value to look for,” says Michael. “But we really value collaboration, and I need to know that my candidates will work well with others.” To a get of sense of this quality, he doesn’t necessarily ask a specific question. “I pay close attention to how they talk about themselves,” explains Michael. “I need someone who says ‘We won’ rather than ‘I won’ and ‘We want to win’ rather than ‘I want to win’”. If they talk openly about their successes but attribute them to the entire team, he can tell that they’re confident rather than arrogant. If they’re talking negatively about a manager and saying they never get recognized for their work, on the other hand, he sees their comments as a red flag.

‘Describe a situation in which you changed your approach in the middle of a project. What made you decide to change your approach? How did you work to implement this change so smoothly?’- Marie Burns

One of Datawire’s chosen core competencies is adaptability. To measure it in her phone screens, Marie asks her candidates to describe a situation in which they changed their approach in the middle of a project. In her team’s eyes, adaptability means that you can 1. “adapt easily to changing business needs and work responsibilities,” and that you can 2. “adapt your goals and methods to achieve successful solutions and results in dynamic situations.” When candidates answer the question above, Marie sees their ability to reassess a situation and problem-solve accordingly.

In his phone screens, Michael looks for three core competencies: history of success, consistency, and communication style. To measure history of success, he wants to know which metrics his candidates have been judged upon or which projects they’ve worked on.  These concrete numbers and tangible projects tell Michael that candidates aren’t just claiming past success; they can back those claims up. Next, Michael measures consistency. Have they consistently excelled throughout their career, or have they experienced a lot of highs and lows? Finally, Michael listens for his candidate’s communication style. The moment the phone call begins, Michael expects candidates to engage in an actual conversation. When candidates ask him about his day or life at Lever, for example, he can see that they’re eager to talk about more than just their qualifications. Even if you’re not the most outgoing person, Michael says, I need to get the sense that you’ll engage with your team outside of talking about metrics.

‘Why are you looking now? Why us?’- Andrew Gadomski

After he learns about his candidate’s qualifications, Andrew dives into a conversation about their motivations. Their answers to the questions ‘Why are you looking?’ and ‘Why us?’ reveal whether or not their goals align with those of the team. Do their motivations match the ultimate mission of the company? Or are they just looking for a new role because they don’t get along with their current manager? With this information, you can give your hiring manager important context for their interview with the candidate, and you can tailor your future selling conversations to their motivations. When you have this conversation early on, you can show candidates throughout the process that your company offers exactly what they are looking for.

Michael also asks candidates ‘Why us?’. Unless they’re passive, he expects his candidates to be familiar with Lever and the recruiting space. Throughout his career, Michael has talked to candidates who just want to jump on the “rocket ship,” or work for a fast-growing startup. “I don’t just want to hear that they think we’re doing well,” says Michael. “I want to know that our mission resonates with them.” Recently, Michael talked to a candidate who gushed about Lever’s diversity and inclusion initiatives. Coming from a company that didn’t explicitly value a diverse team, he was excited to learn that Lever was actually committed to building an inclusive culture. This candidate, Michael knew, was already invested in Lever’s values.

5. Return the value you ask for

‘What questions do you have for me?’- Michael Gallagher

In every phone call, Michael sets aside 10 minutes for questions at the very end. “If they applied and they’re asking ‘What is Lever?’ they’re a no,” Michael laughs. “No but really, I pay attention to the types of questions they’re asking.” It shows me how deeply they’ve thought about the role, and how much they prepared for our phone call. Michael encourages other recruiters to think about how to energize their candidates when they answer questions. “Make sure you talk in-depth about the parts of Lever you already know they like,” Michael advises.

Andrew also asks ‘What questions do you have for me?’. In fact, he firmly believes it’s the most important question a recruiter can ask. Too often, Andrew says, recruiters don’t think about what they need to sell, when they need to sell, and how long they should sell in their phone calls. In his experience, the phone screen is this glaring selling opportunity. After you grill candidates at length, you have to give them the chance to ask you questions. That’s when you wow them.

We hope the examples above inspire you to go forth and design your own phone interview questions to ask. As Michael, Andrew, and Marie emphasized in our chats with them, however, every candidate has a different story, and it’s important to allow that story to change the trajectory of your phone screen. Too many recruiters stick to a list of questions rather than pivot when necessary. In order to get all the information you need from a candidate, know that your interview structure has to be flexible.

In our introductory post , we explained why we wanted to create a series on “How to Design Your Interview Process.” Next, we dove deep into the “skills fit” stage of the interview process. If you’d like an email when all of posts go live, be sure to subscribe to our blog!