4 Unexpected Recruiting Use Cases for Lever 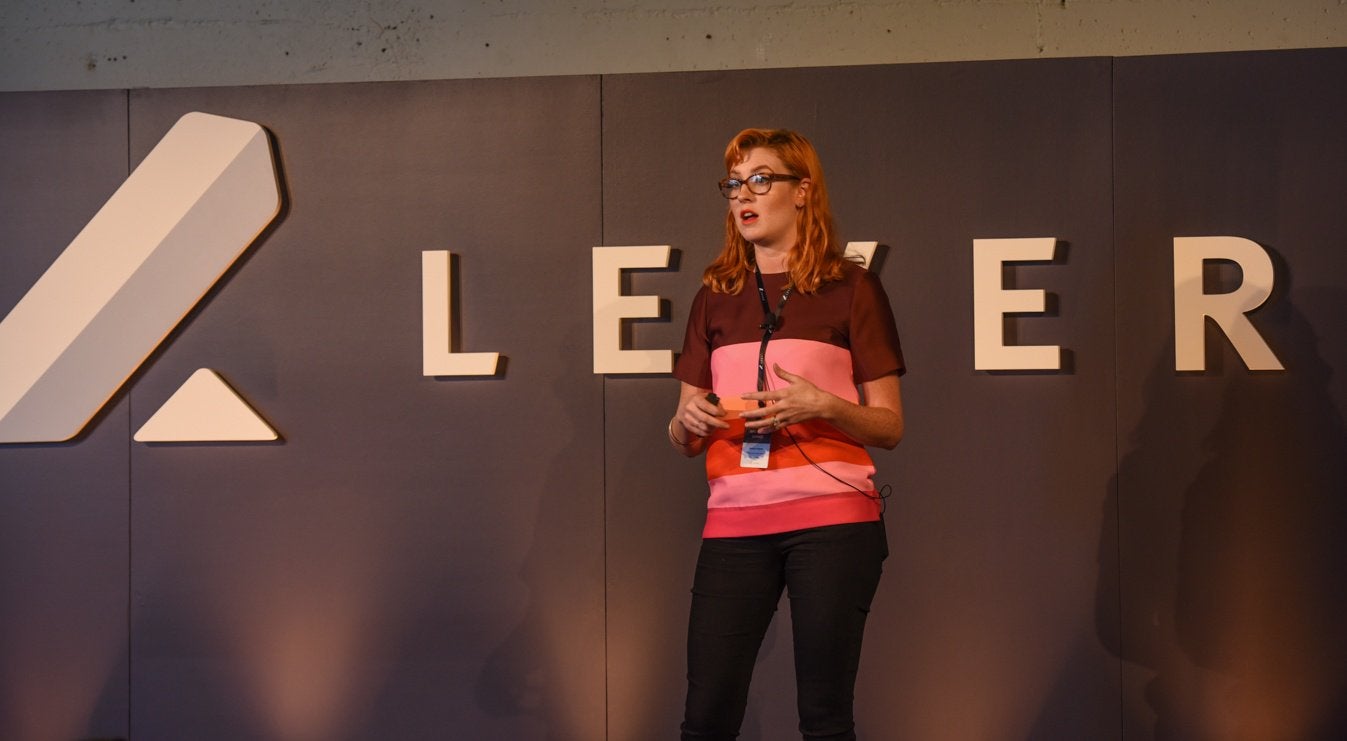 Everyday, we engage in invigorating, humbling conversations with customers about how Lever impacts their ability to recruit effectively. We’re inspired by success stories about teams that are more engaged in hiring, recruiters who are more excited to source, and candidates who no longer have to wait weeks to hear back from the team.

We couldn’t have predicted, however, that we’d one day talk to a customer who is using our tools in ways that surprise us. Leave it to Jess Hayes, HR and Talent Manager at Lost My Name, a full stack publishing startup in London, to defy expectation. After using Lever to scale her team at three different companies, Jess has discovered four clever Lever hacks that are both brilliant and surprising.

1) Morphing the snooze feature into a feedback reminder

When Jess worked at a company with more than 1,000 employees, she worked tirelessly to nurture several candidate experiences at once. How did she ensure that every one remained invested in the interview process?

2) Molding Lever into an onboarding tool

Without robust onboarding tools at her past company, Jess used Lever to communicate with new hires. Through creating a standard onboarding email template and customizing it for each person, she kept them engaged and saved herself time. “In the email, we’d convey details like ‘This is everything you’ll need on your first day, here’s a PDF with info about your team, and we’d love to know your dietary restrictions’”, says Jess.

Jess also created feedback forms in Lever to ask hiring managers what new hires would need for their first day. Given a list of different equipment, she’d ask the managers to rank them from most to least important, and they’d also specify any additional needs the new hire might have. Then, she’d send that feedback form to the IT manager.

The final step? Scheduling another email to be sent to the candidate before their first day, reiterating the team’s excitement to have them on the team.

At her current company, Lost My Name, Jess is constantly switching up her recruiting strategy. “We recruit writers, and they all have unique styles,” says Jess. “You might be recruiting writers who create spooky books, fantasy books, or magical realism books, and they all require a different approach.”

In order to get to know writers in person, Jess creates event RSVPs that have the same format as the job applications she creates in Lever, and sends them to candidates through ads, sourcing, or emails to huge databases. When candidates then “apply” to the event, they attach their resume, but they also answer fun questions like “What is your favorite dessert?” and  “Are you free on this day?” rather than “Tell me about your proudest accomplishment”. Then, if Jess thinks they could be a strong fit for Lost My Name, she’ll send them an official invite to her event.

When candidates decide to attend her events, Jess is able to build authentic relationships with them before she actively recruits them. And even if they decide not to, Jess now has them in the Lever database, meaning she can engage with them further down the road.

To encourage hiring managers on her team to both source candidates through the Lever Chrome extension and actually send emails to candidates, Jess builds templates for them. “Hiring managers need to feel empowered to reach out to candidates they like,” says Jess. “I craft templates for them so that they feel motivated, so that they can source without thinking.” Since Jess began encouraging hiring managers to source, she’s seen them play much bigger roles in finding candidates. And when they experience success, they’re encouraged to source again in the future.

Considering Jess’s creative mastery of Lever, we asked her to share words of wisdom with any new Lever users. Here is her final piece of advice: “Think more laterally about your workflow – just because it’s called the ‘snooze feature’ doesn’t mean it can’t be used for something else,” advises Jess. “Find efficiencies without letting data integrity slip.”

Powerful advice, Jess; thank you for sharing your creative hacks with us! We can’t wait to see what else you cook up in the future. In the meantime, we recently created a guide to creating those interview feedback forms Jess has such a knack for repurposing.

There are some things you prepare for as a leader, and then there are challenges like the global crisis we face today. In my case, I had been prepared to lead our team toward many things—our growth goals, our product...
Read more

Compliance isn’t the sexiest of topics, but it’s one of upmost importance, especially considering there were 76,418 discrimination charges filed with the U.S. Equal Employment Opportunity Commission alone in 2018. And it’s why we recently teamed up with GoodHire to...
Read more
This site uses cookies to offer you a better browsing experience. Learn more.